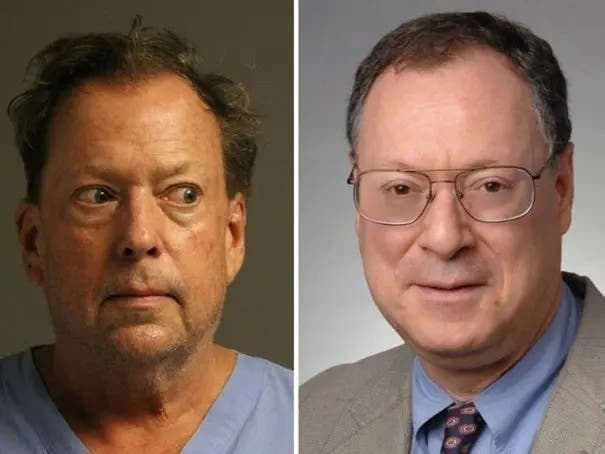 SKOKIE, IL – The man accused of fatally shooting his brother-in-law and attempting to kill his sister before being arrested following an hour-long standoff with police at his apartment of downtown Winnetka four years ago agreed to a plea deal with prosecutors just as his trial was due to begin last month.

John Gately, 71, pleaded guilty to one count of first-degree murder in exchange for prosecutors agreeing to drop 79 other charges against him. But now he wants to take it back.

Gately admitted in his plea that he murdered Stephen Shapiro on August 13, 2018. According to prosecutors, he showed up uninvited at Shapiro’s home in Northfield that evening, asked to see his sister, and shot Shapiro twice in the chest when he refused.

Authorities said Gately also attempted to murder his sister, but was saved when the gun jammed.

Shapiro was a prominent attorney who argued several cases before the United States Supreme Court and was a partner at the Chicago-based international law firm Mayer Brown. His family and former colleagues remember him as a legal genius with a strong sense of community.

Prosecutors alleged Gately was motivated to kill his sister – Shapiro’s wife – by a sibling dispute over money.

According to probate court records, Gately had been supported by her mother until her medical condition rendered her unable to manage her finances.

And shortly before the August 2018 murder, Gately’s sister told him she “wouldn’t just give him money anymore,” Assistant State’s Attorney Andreana Turano said during of Gately’s initial appearance.

Gately’s jury trial was to start last in Skokie until he chose to plead guilty instead.

Cook County Circuit Judge Anjana Hansen sentenced Gately to 23 years in prison, with a credit of about four years, followed by three years of mandatory supervised release, according to the Aug. 19 sentencing document.

Under Illinois law, 100% of sentences for first-degree murder must be served, unlike most other crimes, which can be paroled after 50% or 85% of the time.

But Gately is now seeking to withdraw his plea.

Earlier this month, his public defenders filed a motion on his behalf asking Hansen to vacate his plea. A hearing on the application is scheduled for September 27.

According to the motion, Gately said “the reason for setting aside his guilty plea is that the defendant’s judgment was impaired due to an apparent migraine.”

Chicago man Corey Simon had his car stolen twice in 3 hours: ‘Luck is on my side’

Short term rentals may be eligible for the promotion | Local company