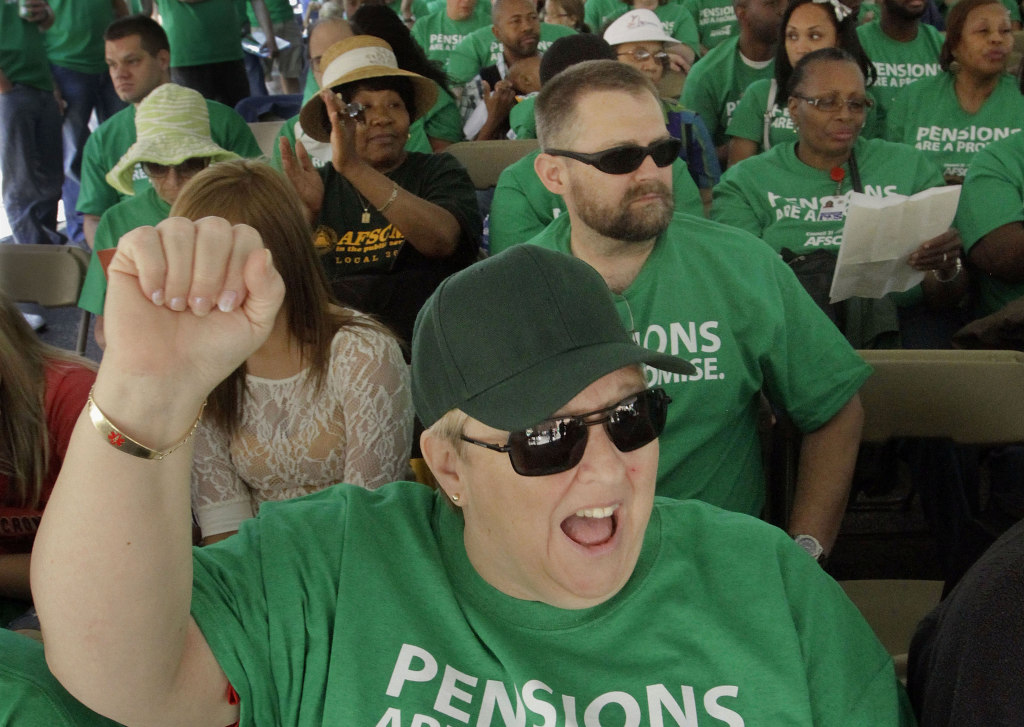 Union bosses, not voters, will decide how to run Illinois if Amendment 1 passes

Amendment 1 would constitutionally prohibit Illinois lawmakers from removing power from unions. This would give government union leaders more power than voters and those elected to represent the interests of voters.

That’s Democracy 101: Voters elect legislators. Lawmakers represent their constituents when passing or defeating bills. If voters don’t like what their elected officials are doing, they can put them off in the next election.

But a proposed amendment to the Illinois Constitution in the November 8, 2022 ballot would overthrow democracy. Proposed Amendment 1 would give more power to union leaders than elected representatives, leaving voters without the ability to hold anyone to account at the ballot box.

Buried in the multiple provisions of Amendment 1 is the following: No law will be passed that interferes with, denies or diminishes the right of employees to organize and bargain collectively over their wages, hours and other conditions of employment and workplace safety….

In other words, the hands of lawmakers will be tied. They will be unable to pass a law restricting organization or negotiation because the provisions would likely interfere with the “fundamental right” described in the amendment.

Some examples of the power of this arrangement:

And perhaps most shockingly, lawmakers will never be able to change a little-known provision of state law that allows many government union contracts to override conflicting laws and regulations.

No other state in the union prevents its legislators from adopting such labor provisions.

What does all this mean?

This means that union leaders can demand negotiations on virtually anything and threaten to strike if their demands are not met. If union leaders do not like the current laws applicable to government employees, they may demand different provisions in union contracts that will prevail over state law.

Where does that leave the voters?

Without real representation. If union leaders can perpetually rewrite the laws through contractual provisions that go against unions, it doesn’t matter who the voters elect. They will be helpless. Voters will have no one to be accountable to.

Amendment 1 is not a provision on “workers’ rights”; it is a power game of the union leadership.

Securing the leadership powers of unions with constitutional protection that no other special interest group possesses would ensure that the voters’ voice is weakened.

And it is not democracy.