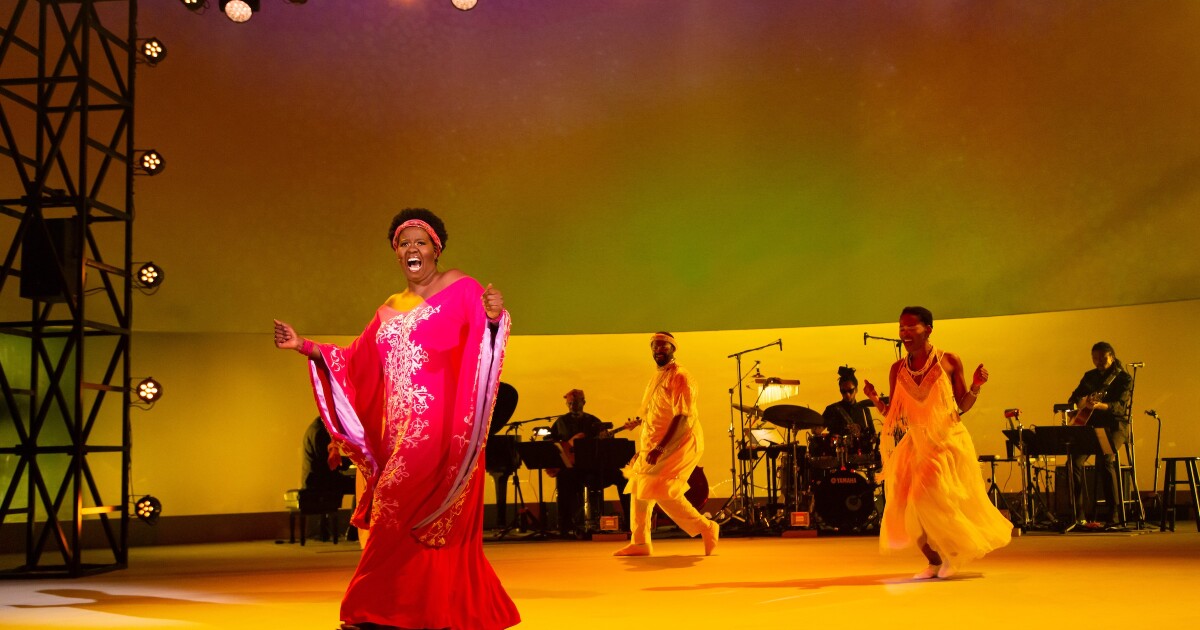 This interview will be on “St. Louis on the Air” at noon Tuesday. This story will be updated after the show. You can Listen live.

Miriam Makeba was one of the first African singers to gain recognition around the world – blowing viewers of “The Steve Allen Show” in 1959 with her great voice and vibrant stage presence. In the early ’60s, she sang at President John F. Kennedy’s birthday party (yes, this birthday party) and mapped on Billboard.

If fame came easily, international politics turned out to be more complicated. Makeba grew up in a South Africa that refused to grant even the most basic civil rights to its black majority; she spent the first six months of her life in prison after her mother was arrested for a minor offense. The South African government revoked Makeba’s passport in the 1960s after she criticized apartheid. The singer must have missed her own mother’s funeral.

But Makeba only spoke more, giving his support to the cause of civil rights in the United States. It was only after Nelson Mandela’s release from prison, more than 30 years after her exile, that she finally returned home to South Africa.

Now Makeba’s story is a musical. “Dreaming Zenzile“was written by Grammy-nominated singer Somi Kakoma, Illinois, who plays Makeba there.” Zenzile “is Makeba’s first name, whom she lost on the road to Western stardom. ‘an Xhosa word meaning’ you did this to yourself ‘- what Makeba’s grandmother reportedly told her daughter after mother and baby nearly got lost in childbirth.)

Presented by the Whitaker Foundation, the show will be presented on September 17 at the Loretto-Hilton Center for the Performing Arts.

Kakoma will join on Tuesday Saint Louis on the air to discuss the play and Makeba’s remarkable life.

What is your favorite Miriam Makeba song? Why? Tweet us (@STlonAir), send an email to [email protected] or share your impressions via our Saint Louis on the air Facebook group, and help inform our coverage.

“Saint Louis on the air”Brings you the stories of Saint-Louis and the people who live, work and create in our region. The show is hosted by Sarah fenske and produced by Alex heuer, Emily woodbury, Evie hemphill and Lara hamdan. Jane-Mather Glass is our production assistant. The sound engineer is Aaron Doerr.