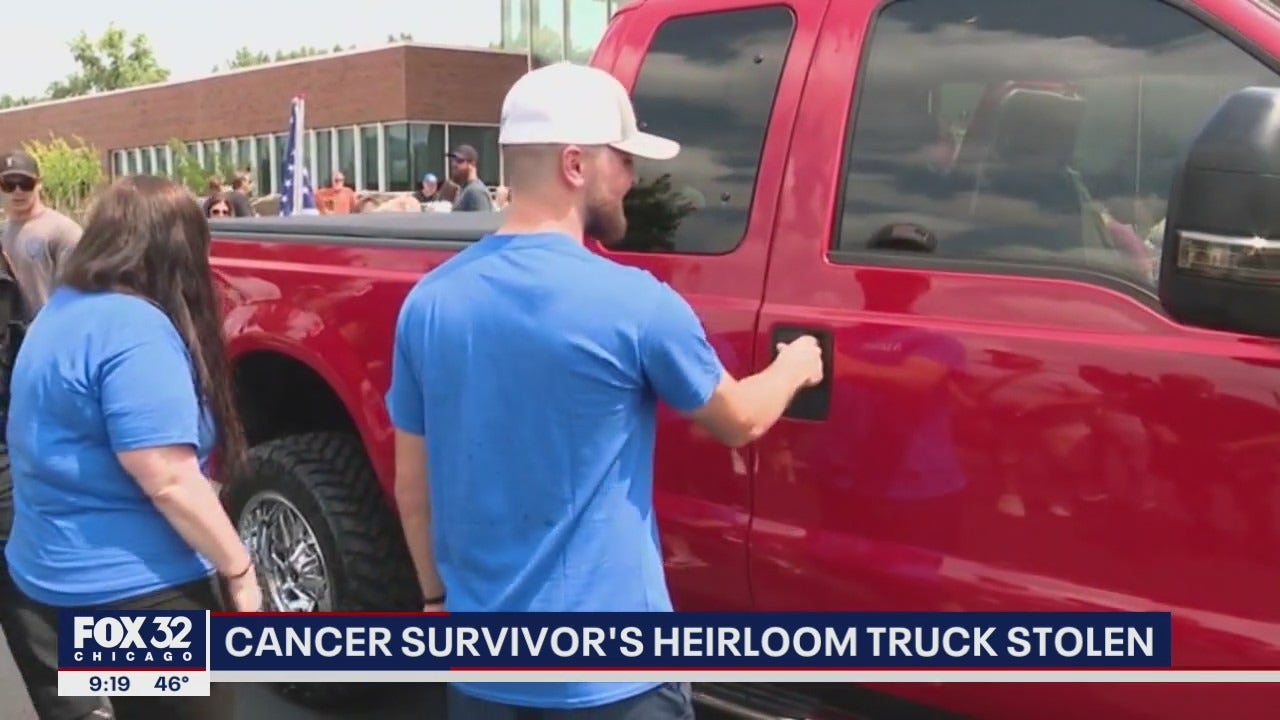 A cancer survivor was the victim of a car theft, but not just any vehicle was taken away.

A cancer survivor was the victim of a car theft, but not just any vehicle was taken away.

It was his late grandfather’s truck that was restored and given to him by the Make-A-Wish Foundation.

Last July, 18-year-old Jacob Watson was surprised by the truck.

He had just overcome bone cancer.

Over the weekend he was at Bedford Park at the Wintrust Sports Complex.

Two hours later, he returned to the parking lot and his red 2002 Ford F250 was missing.

“All I did was widen my eyes and start crying hysterically because it’s not something you want to hear, and it was literally heartbreaking,” said the Jacob’s mother, Jaime Watson.

“I kept it nice through the winter, and I hadn’t taken it out for not even a week, and it happened,” Jacob said.

Police are looking for a gray Honda Odyssey van with fully tinted windows.

They believe one of the suspects was in that vehicle before he got into Jacob’s truck.

The family has filed a police report and are hoping someone will provide information.