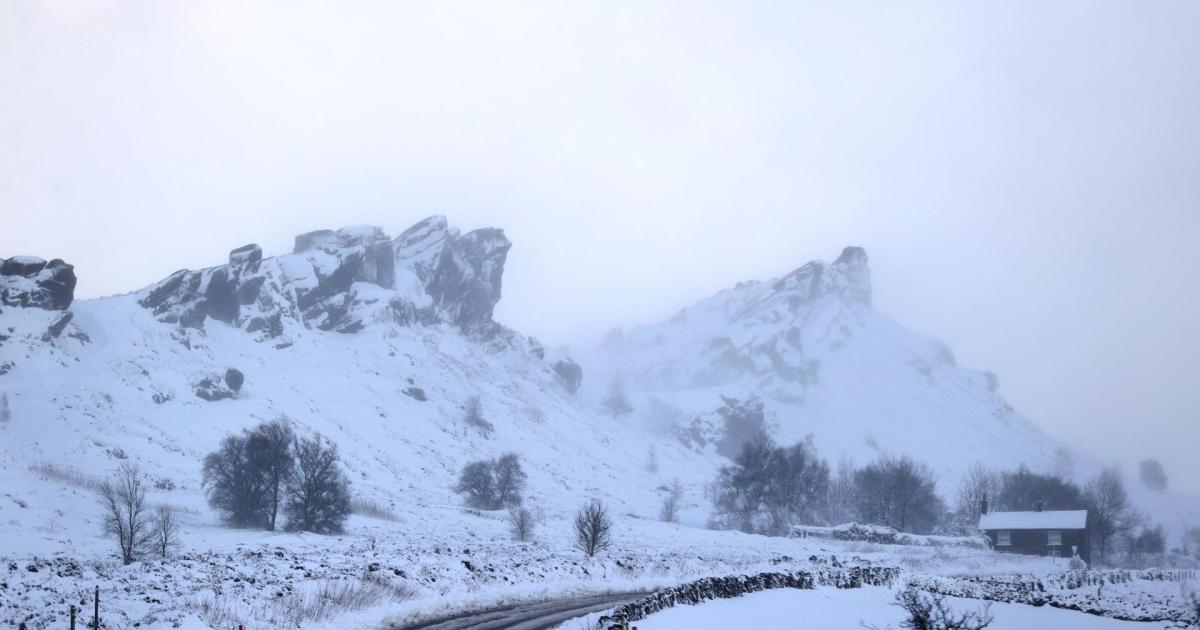 Every week, Frank Leavers, our man with the dirty Mac and a half-empty glass of cheap wine looks at what’s just below the sophisticated chandelier of island life. Come on people; tell our Frank what’s really going on in Mallorca.

I have noticed over the past few weeks a tendency to competitively compare the bad weather in Mallorca and here in the UK. As with the sunny and warm weather, it seems members of each side wish to “get out…” on each other claiming the weather is particularly bad in one or the other.

Before I join the debate, let me point out that in Blighty last weekend we had to endure Storm Arwen which raged in parts of the country causing very high winds and waterfalls. snow, especially “to the north”. Even here in Gloucestershire we woke up on Saturday morning to a light dusting snow and frankly, like most people, I was delighted with his arrival. You see, it’s not just little kids who get excited about the snow, but the difference is that we adults will never admit this fact.

Indeed, I was severely reprimanded for actually phoning our three children and bragging that we had snow – but, unfortunately, they didn’t. A girl actually put a grandson on the phone so I could explain the level and texture of the snow to him.

Unfortunately, when I went to take a picture of the aforementioned white stuff to prove what had happened, it was completely gone – snow after all! Did you have snow in Mallorca (other than on top of the mountains!) During your recent stormy weather? I remember a few years ago it snowed heavily in early March on the island and I insisted on – again, taking pictures and sending them to relatives. Do you think there is something wrong with me?

Your hotel – maybe better not to complain!

My favorite story of the week? It would be that of an American woman and her six-year-old granddaughter who were kicked out of a hotel in the middle of the night in their pajamas after writing an unflattering three-star review. The lady in question wrote about the Baymont Inn in Georgia on her “reviews” website: “Rundown.” The swimming pool is not open. The toilet is not flushing the toilet well. Barely upsetting stuff I think you would agree, but it looks like in the great state of Georgia, that’s enough to get you kicked out of your hotel.

Indeed, not only rejected for expressing an opinion sought by the hotel management – but, led by local police officers – Yes really! It seems the lady in question asked one of the officers, “Can they really kick me out of a hotel in the middle of the night for giving a three out of five review?” Well, it looks like they can, if the hotel has a “cause” … whatever that means. This made me think that I would bet that many hotels in Mallorca (or indeed anywhere!) Would like to have the same kind of power if their clientele were less enthusiastic in their online reviews. What larks!

l Just as the weather is starting to get cold here, yesterday I noticed a scene that perhaps characterizes modern society. Just up the street where we are staying, a new store has opened. It’s a supposed “Dog shop” where there are all types of ‘Doggy-wear’ on sale for your pampered pooch. I noticed as I walked past each day that the store always seems to be busy as it sells big ticket items for the owners of the discerning dog.

Nothing wrong with that I guess, although a little weird in my opinion – but, in order to emphasize the incongruity (in my opinion) of this modern day phenomenon, sitting outside on the sidewalk is a homeless man, head down, shaking a tin can and begging for small change. Western society in a nutshell? I’m just saying …

Words that leave me speechless

In another column published here in the MDB a short time ago, I denounced the misuse of the word “banter” to describe teasing and joke between friends, comrades and friends, but in my opinion it is not – just an excuse for the gross verbal bullying. Quite naturally, I have received emails on the subject that strongly disagree with my point of view on the subject. No matter! Well, here’s another word that manages to be boring, rude, and meaningless at the same time.

Why is it that when some people are disappointed with a particular outcome in life, they are always “absolutely LIVE”. It seems to me that in modern language this word can be used to at one point if the user is not too happy with the way “things” have turned out. For example, I notice that TV presenter Richard Madeley, when he was hospitalized during the recent events in I’m A Celebrity Get Me Out Of Here – said he was “drained” of having to quit the show.

So pretty! Then we have almost every professional footballer whose team loses a game is also ‘gutted’ by experience when questioned after the game. Plus, that ubiquitous TV presenter, Rylan Clarke Neil (or whatever his name is this week!) regularly that he is “Gut – iddd” when another celebrity is voted Strictly Come Dancing.

Since I’m in the mood, readers might want to email me their least favorite modern sayings or words – so I can prove that I’m not the only saddo who is concerned about this sort of thing in modern life. For starters – what about “This is what is” – or “Hey ho! – or the use of the word ‘So’ at the beginning of each sentence?