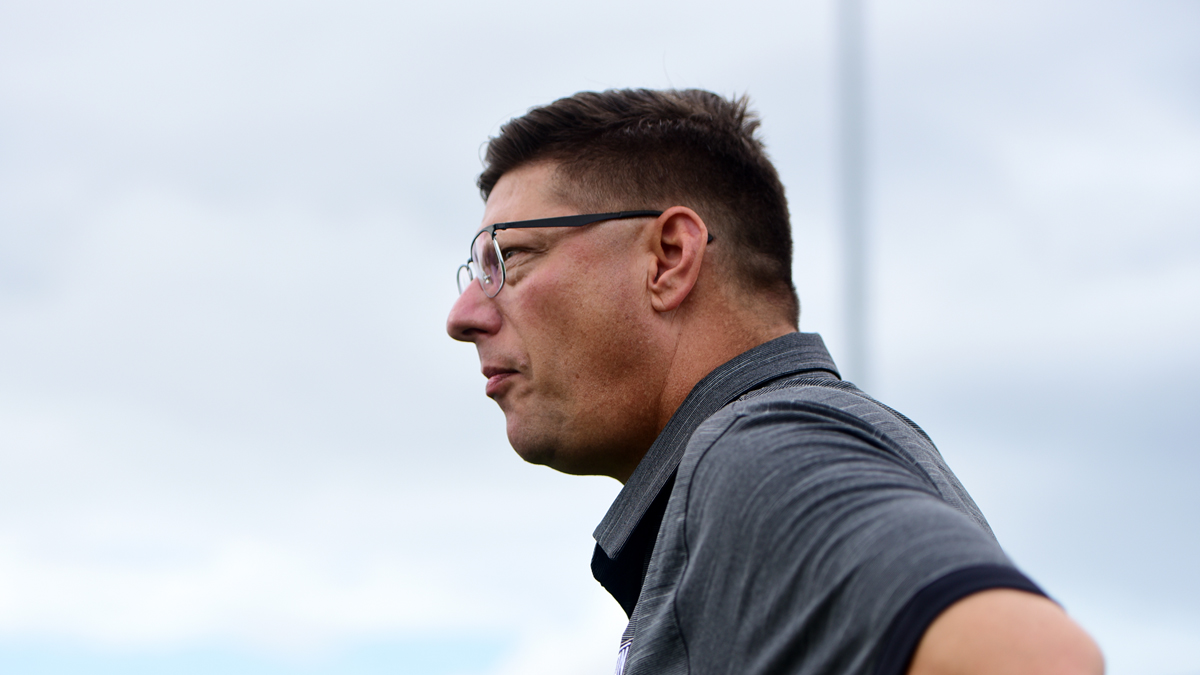 Tim Leonard will begin as Director of Intercollegiate Athletics for SIU Carbondale on August 1. (Photo provided)

A 30-year veteran of athletic administration, Leonard most recently served for eight years (2013-21) as Director of Athletics at Towson University in the Colonial Athletic Association. He led a department of 19 intercollegiate sports and oversaw a $25 million budget.

“I am thrilled to welcome Tim Leonard to the Saluki family,” said Austin A. Lane, Chancellor of SIU Carbondale. “With a commitment to student success on the playground and in the classroom, Mr. Leonard embodies the Saluki spirit and will play an important role as we continue to take athletics to new heights. Those who meet Mr. Leonard will be impressed by his vast experience, record of athletic achievement, and remarkable fundraising expertise and success.

The university will introduce Leonard to the public at a Meet & Greet event on Tuesday, July 26 at 5 p.m. in the Charles Helleny Pavilion at the Banterra Center. Leonard officially begins his AD role at the SIU on August 1. (Members of the media are invited to a virtual press conference at 1 p.m. Central today, July 22. For the Zoom link, email Tom Weber, Associate Athletic Director of Communications, at [email protected] )

During his tenure at Towson, Leonard produced a strategic plan for athletics, titled “Building Greatness”, which resulted in record fundraising success and led to a balanced departmental budget. Under his leadership, the Tiger Athletic Fund secured the three largest donations in departmental history, and Towson built new facilities for its basketball, football, softball, and tennis programs.

“I am honored that Chancellor Lane has asked me to join his team at the SIU,” Leonard said. “I knew 10 minutes into my interview with Chancellor Lane that I wanted to come to Carbondale. Leadership matters, and he’s a leader I want to follow.

The Tigers were successful on and off the court under Leonard, setting a school record for most single-season wins in football and men’s basketball, as well as NCAA tournament appearances in volleyball, lacrosse, gymnastics and track and field. Academically, Towson had the highest academic progression rate (APR) in the Maryland university system and the highest federal graduation rate of any Division I department in Maryland.

Leonard follows athletic director Matt Kupec, who has served as acting assistant director at SIU Carbondale since September 2021. Lane thanked Kupec for his service to the athletic department.

Lane noted that Kupec will continue to support Saluki Athletics as a fundraiser in his continued role as CEO of the SIU Foundation.

“My wife, Monica, and I are thrilled to move to the southern Illinois area and become committed members of the community,” Leonard said. “We both know Saluki’s athletic history and we look forward to building on that history for even greater success. The SIU is truly a special place, and I am so honored to follow in the footsteps of so many great Salukis. Can’t wait to get started.

Prior to Towson, Leonard was the senior associate AD for external affairs at Southern Methodist from 2008 to 2013, where he also served as acting AD for four months in 2012. At SMU, he managed “The Second Century” fundraising campaign Campaign: SMU Unbridled”. on behalf of athletics, which raised $725 million, of which $125 million was earmarked for sports initiatives. He restructured revenue-generating areas of the department to improve customer service and the donor experience, and increased annual giving by an average of 25% each year, including a record $8.3 million in 2012.

A 1992 graduate of Boise State, Leonard worked at his alma mater from 1997 to 1999 as an assistant manager for the Bronco Athletic Association. Prior to this appointment, he served at the State of Illinois as Director of Annual Giving (1992-1997).

Leonard is a member of the National Association of Collegiate Directors of Athletics and served on the FCS ADA Executive Committee from 2016-2018. He has served on various boards in Maryland, including Special Olympics and the YMCA, and has established departmental relationships with the Baltimore Police and Fire Department, Maryland National Guard, regional military bases, USO, Living Classrooms Foundation, Red Devils, and Maryland Food Bank. Towson sports teams provided 10,000 hours of community service a year for six years, before the pandemic.

Originally from Twin Falls, Idaho, Leonard and his wife, Monica, have two children, Hayley and Nathan.