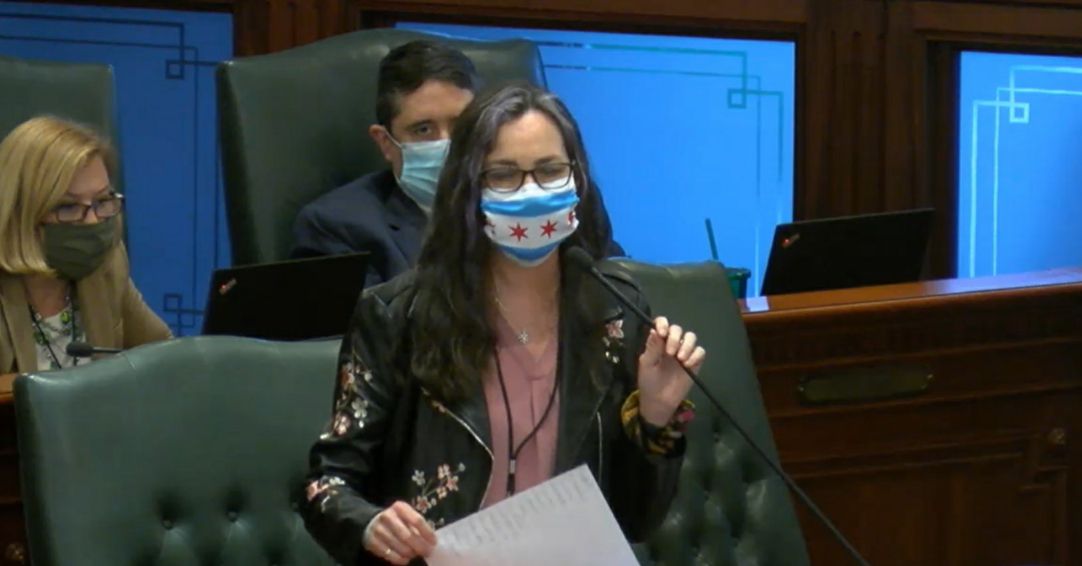 
SPRINGFIELD – Utilities providing water in Illinois would be required to replace all major service lines, and state schools would have to follow new standards for sex education programs under bills advanced to the General Assembly on Friday.

The proposed lead service line replacement notification law would require “state water utilities to replace all lead service lines and create a low income water assistance program to help to finance financial assistance and water projects that include the replacement of lead pipes, ”according to a press release announcing the adoption of the bill.

“Lead service lines are a health threat that plagues our children, undermines the confidence of our residents in our municipal government and costs billions of dollars,” Senator Melinda Bush, D-Grayslake, said in a statement. .

“This is a feasible and equitable path forward that would force every city in Illinois to tackle an issue that we know hurts black and Latin communities the most.”

The bill was passed by the Senate and returned to the House so that its members could vote on the changes made since leaving this chamber.

After heated debate, House members passed legislation that would change the state’s sexuality education curriculum to “provide comprehensive personal health and safety education from Kindergarten to Grade 5 and comprehensive education. on sexual health in grades 6 to 12 in all public schools.

From grade two on, students would learn to define consent, gender identity, and different types of families, including cohabiting and same-sex couples.

State Representative Camille Lilly, D-Chicago, said the bill she sponsored “will provide young people with the information and skills they need to be safe and healthy.”

Republican State Representative Tony McCombie from Savanna urged members to vote no because the bill “goes far beyond the health, welfare and safety of our children.”

But State Representative Kelly Cassidy, a Democrat on the North Side who is gay, spoke out in favor of the bill, saying: “As a kid who didn’t understand why I didn’t fit in , who didn’t know why I felt different and whose parents didn’t have the option to go … I would have liked to have had a program that didn’t call me unnatural.

Bill has gone from 60 to 48 and is now heading to the governor’s office.

The state Senate also passed a bill prohibiting law enforcement agencies from arresting, arresting, searching, or detaining anyone “solely on the basis of citizenship or immigration status. of an individual ”.

Republicans objected, saying it would “tie the hands” of law enforcement.

The bill also prohibits law enforcement and officials from inquiring or investigating “the citizenship or immigration status or place of birth of any person detained by the agency or official or who was otherwise arrested or detained by the agency or the official ”. And it bans new jail contracts between Illinois law enforcement and U.S. immigration and customs officials. The current contracts could be deleted.

“This bill is intended to limit police collaboration with immigration agencies and to ensure that immigrant families in Illinois can work with law enforcement,” the project sponsor said. law, Senator Omar Aquino, D-Chicago.

Aquino noted that the bill was not a “free jail release card,” as undocumented immigrants who committed another crime are still being investigated for those crimes.

Republican State Senator Jil Tracy, of Quincy, opposed a provision that she said “would prohibit law enforcement from investigating or investigating birthplace or immigration of a person who has been detained ”.

“It always ties the hand of Illinois law enforcement to be able to do their job,” Tracy said.

Aquino told Tracy that the bill does not stop law enforcement from doing their job.

“It’s not the job of local law enforcement to do the work of the ICE, it’s not their role,” Aquino said. “They are by no means agents of force against immigrants. They are meant to serve and protect, not help and encourage family separation in our communities.

The bill passed the Senate 36-19 and advanced to the House. A Democrat, State Senator Rachelle Crowe, D-Maryville, voted against the measure.

The Senate also unanimously adopted a bill allowing students in difficulty to complete the school semester in which they turned 22.

“When a student specializing in our high school program turns 22, he or she is immediately excluded from the program. This is leading to countless numbers of students being forced to leave before the end of the school year, ”said the sponsor of the bill, Senator Bill Cunningham, D-Chicago,“ It’s not fair to our people. students. “