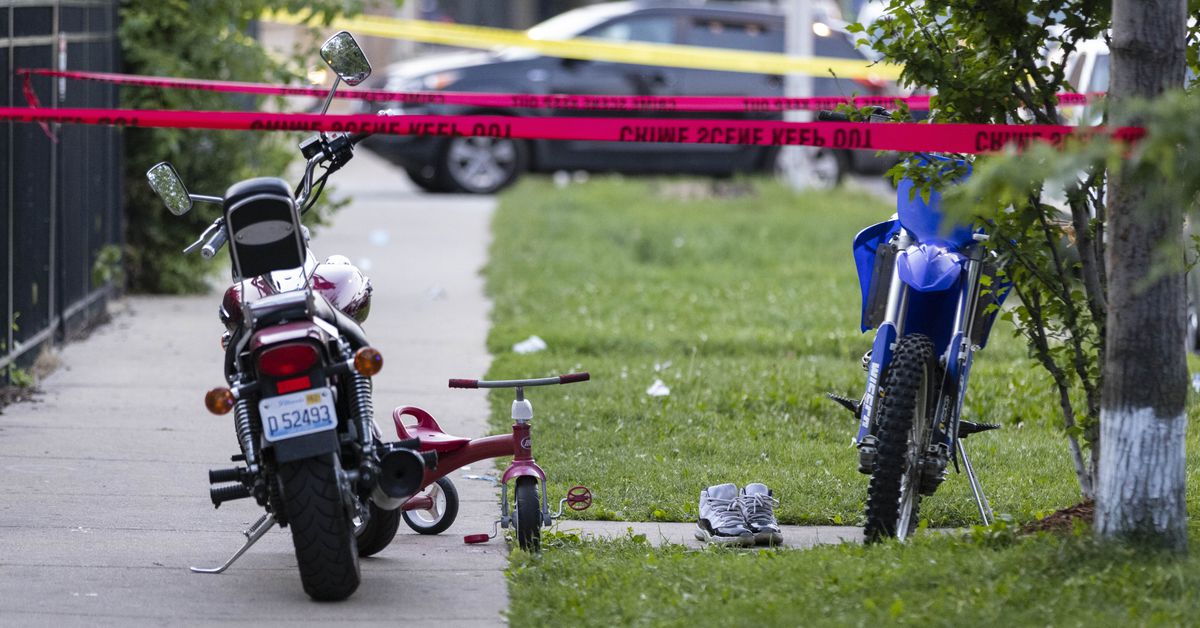 
A tricycle and two motorcycles marked the spot where a 2-year-old boy and a man were seriously injured outside a house in West Humboldt Park on Tuesday evening.

Detectives buckled the bikes and worked on the scene while doctors at Stroger Hospital operated on the child for a gunshot wound to the left leg, Chicago police said.

The boy and a 32-year-old man were standing outside the house in the 1500 block of North Tripp Avenue when a dark-colored car pulled up and someone got out and started shooting at around 7:25 p.m., police said .

The man was shot in the face, police said. Both went to Saint Mary and Elizabeth Medical Center and were transferred to Stroger in critical condition.

Community activist Andrew Holmes said he believed the victims were a father and son, but this could not be confirmed by police.

“When you got out of the vehicle you saw this baby right there,” Holmes told reporters. “You know what you’re doing. So, there is no excuse that you don’t want to hit someone else there. It’s a baby. You see the baby over there.

No one was in custody.