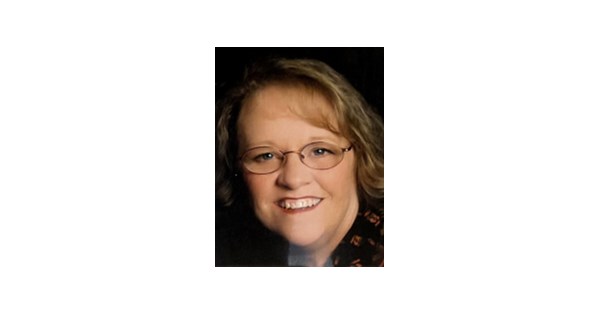 An intimate private service for Phyllis Ann Baker, 76, of Claremore, formerly of Pryor, took place on Monday January 17 at Brookdale Memory Care in Claremore. A public memorial service will be held at a future date to be determined. Cremation arrangements are in the care and direction of Stephens-Key Funeral and Cremation Care in Pryor.
Phyllis Ann Baker was born March 24, 1945 in Bourbon, Illinois, daughter of Glenn and Goldia Boyd. She died of this life on January 14, 2022 at the age of 76.
Phyllis was the fifth born of six children, including a brother who died at birth. She was predeceased by her parents, an older sister Karen Schultz and an older brother Mac Boyd. She is survived by her husband Wally Baker of the household; son, Glenn Baker of Fort Lauderdale FL; daughter Lori Reinhard and husband Kevin of Springfield, Mo; two sisters, Nita Parrot of Arthur, IL and Becky Hausmann of Wagoner, OK; six grandchildren and four great-grandchildren.
She grew up surrounded by love, fun, and farming in rural Illinois. Phyllis had an outgoing personality and a laugh that could be heard at least 200 yards away. So much so that she was a cheerleader who was voted homecoming queen!
She met Wally, her husband, in Arthur, Illinois at school functions and an outgoing older sister, Karen, who was Wally’s best friend. As the responsible older sister, she was stuck with her younger sister Phyllis one night when she wanted to ride her bike around town. Phyllis found herself in the back front hanging out with the older children and, like in a great fairy tale, a romance was born. Wally was 3 years older and was soon smitten like never before.
After Wally joined the army, they wrote back and forth almost daily. When he was released and she graduated, they made it official on September 20, 1964, and the Baker family was created.
Phyllis became the helm of this family’s ship, always supporting Wally in business and keeping finances and records in order, essentially keeping Wally in line. As with any great achievement, there were failures in the beginning, but they kept believing and moving forward together. Their first child was born on their 3rd birthday. Glenn Baker came into the world on September 20, 1967, followed about two and a half years later by a red-haired little girl, Lori Ann.
During this part of their journey, things got a little rough for the Baker family and they ended up moving from their home in Illinois to a small town called Pryor, Oklahoma. In 1970, with a few hundred dollars in their pocket and a 1950 Studebaker pickup truck, they arrived in town to a place that would be their home for the rest of their lives.
Phyllis worked as a bank teller, church secretary and later in life spent many years at the Pryor Courthouse while keeping an eye on Wally! He was always busy, first working at least 2 jobs and then starting his own business which would later become very successful. Team work!
Mom loved musicals! She got so involved that she would get on the coffee table and dance to the South Pacific music (much to Dad’s dismay). She loved playing Minnie Pearl with Jackie and Don Stover in a Sunday school play! She sang in a trio with Annette Statham and Martha Kiesel at First Baptist Church in Pryor. This liveliness continued even after the onset of Alzheimer’s disease. She led a physical dance class at Brookdale in Bixby shortly after becoming a resident in assisted living.
Mom was a “dead shot” and never encountered a groundhog she couldn’t “get out”. So much so that she earned the nickname “Annie Oakley.” There wasn’t much she was afraid of in her life. She would stand up to bullies, she would sit down with the toughest motorcyclist and tell them about Jesus’ love for them. She killed swamp rats for her neighbors and publicly stood up for what she believed in. Nothing scared him… except mice. Yes, mice. When Glenn was around 8 and Lori was 5, she showed off her athletic abilities one summer afternoon when a mouse jumped out of a pile of wood and startled her. In less than 1.2 seconds, she had turned around, smashed her kids like a rear end, and been back to the sliding glass door of the house they owned on Oklahoma Street! Never look back!
Later in life, some of her favorite things were Christmas decorating and gardening. Maybe because the Christmas train was only a few hundred meters away, but mom has always had the Christmas spirit in her house, especially in recent years at her house.
She loved to paint and especially loved her grandchildren! With a smile that would light up the northern end of Pryor, Phyllis never had an enemy and her love always stood out. She will be greatly missed by all of us.
To plant a beautiful memorial tree in memory of Phyllis Ann Baker, please visit our tribute shop or plant a tree.

Dwight Capital closes 2021 with a total of $5.68 billion in funding