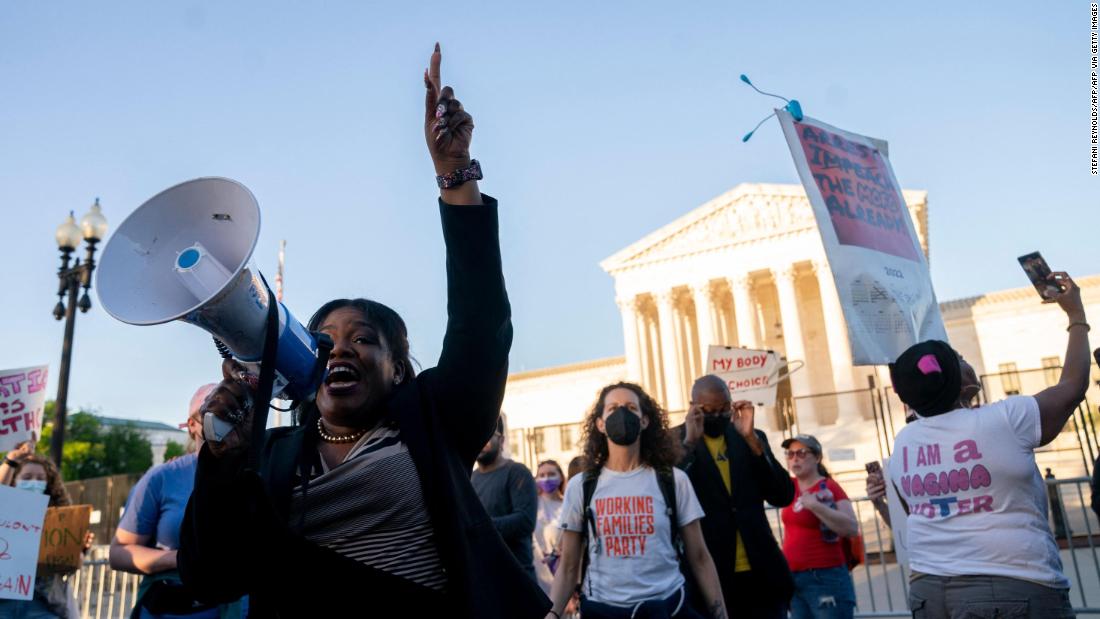 Opinion: A bill protecting the right to abortion has just failed in the Senate. Here’s what needs to happen now

By Walter Hong On May 11, 2022
Share
As a member of Congress, I fervently hoped that the bill would pass. I voted for a similar House bill that passed earlier this year, amid fierce GOP opposition. For the past 50 years, although legal and safe, abortion has been seen as a dirty word – one that even President Biden would not have uttered in public until last week.

In reality, abortion is anything but dirty and anything but bad. It can be life-affirming and can restore hope and a sense of possibility to women who find themselves in the position of needing it.

I know it’s true, because I had one.

I was barely 19 and halfway through college when I found out I was pregnant. I had absolutely no way to afford to raise a child. I was already working two jobs, which barely covered enough money to support myself.

But it wasn’t just my finances that drove my decision to terminate my pregnancy. In my heart, I knew one thing was true: as a teenager fresh out of childhood, I just wasn’t ready to take on the monumental responsibility of becoming a parent.

From this point of view, terminating the pregnancy, although a difficult act, was not a difficult decision. A few days after my positive pregnancy test, I visited a reproductive healthcare clinic not far from campus to have an abortion.

With more than 30 years of hindsight, I am convinced that I made the right choice. I am grateful for this teenage version of myself who had the wisdom and courage to make this difficult decision. And I’m even more grateful to have had the freedom to exercise that choice.

Like many others faced with equally difficult options, I had a life ahead of me, a career, and endless opportunities that finally put me in a place where I was one day ready to start a family. And when I finally became a mom, it was one of the most wonderful and meaningful experiences of my life.

I never questioned this pivotal choice of some three decades ago and, to be honest, I never intended to share my story publicly. But with the Supreme Court poised to overturn the constitutionally guaranteed right to abortion in the United States, a right that women in this country have had for half a century, I felt it was time to tell my story.

Abortion is a standard medical procedure, and a very common one at that. Nearly one in four women in the United States will have one by age 45. This means – whether they told you or not – that you probably have a friend, family member or colleague who has had an abortion.

My story is like that of millions of Americans who have made this choice about their own bodies. And now that choice is under threat, after a leaked Supreme Court majority opinion showed the nation the very real likelihood that Roe v. Wade be cancelled. Suddenly, for many Americans, our worst fears – the fear that this right could be taken away from them – have become an alarming reality.

But these fears are not only felt by women. They impacted almost every marginalized community. Since last week, activists, legal experts and even President Biden have expressed concern that Judge Samuel Alito’s draft opinion terminating Roe could have dire consequences for other rights, including same-sex marriage. and access to gender-affirming care.

It’s personal to me not only because of my own abortion, but because I’m the mother of a trans woman. My daughter is terrified that if Roe is invalidated, her civil rights will be next. She’s seen Republican-led state legislatures attack and ban trans-American rights, just as they’ve done with reproductive care.

I ran and won my 2020 election against one of the last anti-abortion, anti-LBGTQ+ Democrats in Congress. This is exactly why I won’t let anyone tell me or my daughter what we can or can’t do with our bodies.

Last year, the House passed the Women’s Health Protection Act by a vote of 218 to 211, with all but one Democrat voting to codify abortion rights protections into federal law. Democrats control both houses of Congress, as well as the White House, but the Senate bill on Wednesday falls well short of the 60 votes needed to end the filibuster.

Prior to the Senate vote, my office circulated a letter to Democratic Senator Kyrsten Sinema of Arizona, Senator Joe Manchin of West Virginia — who ended up voting against the measure — and all Republican senators, amplifying my experience personal with abortion and highlighting the stories of countless women who have had abortions in the states they represent. As we continue the fight to retain this vital and precious constitutional right, I will continue to share the stories of the millions of women who have had abortions, including my own.

Here’s what needs to happen now: We need to use all the tools in our toolbox to get this legislation across the finish line. It starts with eliminating the filibuster. If we abolish this Senate rule, the Women’s Health Protection Act would need 50 votes to pass in the Senate, up from 60.

Wednesday’s Senate measure got 49 votes, meaning we would only need one more brave senator to pass the measure in an unobstructed Senate. And if we don’t find any, I can promise you voters will take note in November and make sure they’re at the next Congress.