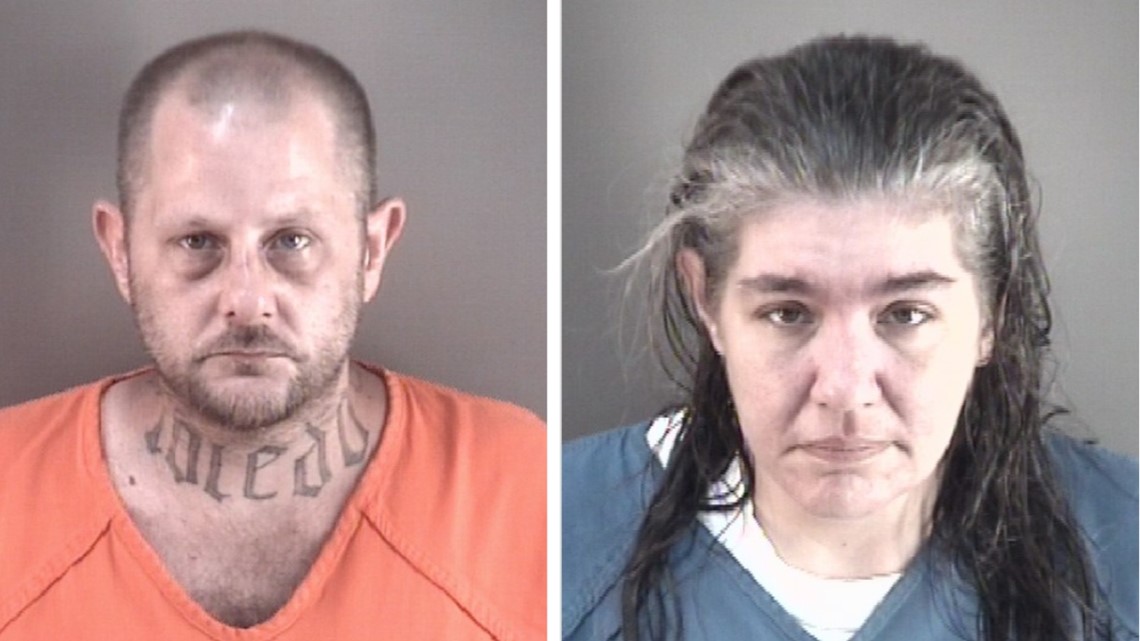 Jason and Tabetha Sosnowicz told police they tied the boy up to prevent him from eating candy while they slept.

NORTHWOOD, Ohio — A Wood County couple is in jail and facing charges after tying up a child for more than nine hours.

Jason and Tabetha Sosnowicz were arrested July 22 at the Baymont Hotel on Oregon Road in Northwood. According to court documents, police received a call that a child may have been tied up in one of the rooms.

An officer found Tabetha’s 12-year-old son with his wrists tied behind his back with shoelaces. Her wrists were tied to her ankles.

Jason is the boy’s stepfather and was in the hotel room when the police arrived. Tabetha arrived soon after.

The two adults told police they usually tied the boy up at night to prevent him from eating candy while they slept. The family was living at the hotel at the time of the events.

Both are charged with child endangerment, a third degree felony. They are due to appear Thursday morning for a preliminary hearing.

Want to know more about WTOL 11?

➡️ Download the WTOL 11 news app for Apple here or get it from the Google store here.

➡️ Start your day off right and end your day with the latest news and your WTOL 11 weather forecast straight to your inbox!

WTOL 11’s Your Morning Blast and Your Evening Blast deliver stories from Northwest Ohio, Southeast Michigan, and beyond to keep you informed.