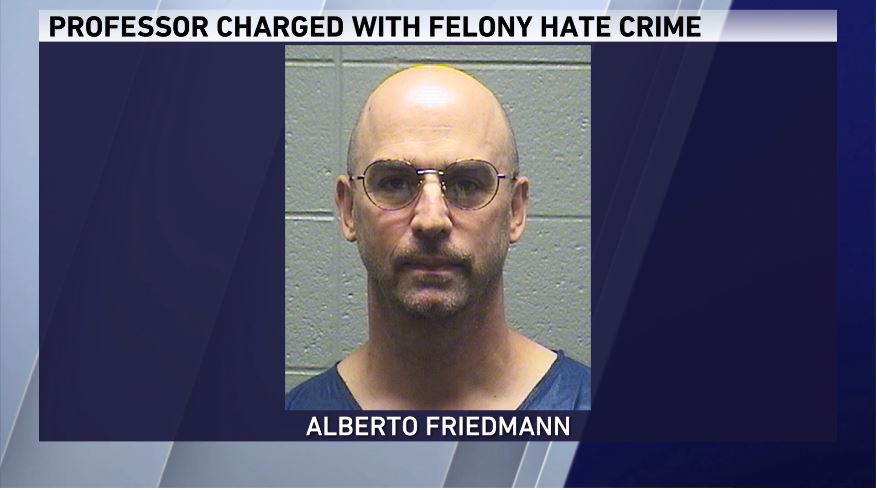 OAK PARK, Illinois – A Chicago-suburban man charged last month with a hate crime after he allegedly used racial slurs and spat at a black woman quit his job as a college professor, according to the school.

Alberto Friedmann, 53, of Oak Park, resigned his post as professor of neurokinesiology at the nearby Lombard National University of Health Sciences before the school completed its investigation into the incident, said Ron Mensching, the school’s vice president of business services.

With Friedmann’s resignation on September 22, Mensching said the school had suspended its investigation and removed all references to Friedmann from its website, according to Pioneer Press.

The resignation follows a hearing in which prosecutors detailed the September 7 incident that led them to indict Friedmann with counts of hate crime and aggravated assault and battery.

Prosecutors said Friedmann was driving in the parking lot of an Oak Park grocery store when he allegedly honked the car the woman and her 7-year-old daughter were sitting in, got out of his vehicle, yelled insults at her, slammed her door shut and spit on her. They alleged that Friedmann then struck the woman’s vehicle twice with her car.

His lawyer said Friedmann did not use any racial language during the incident.