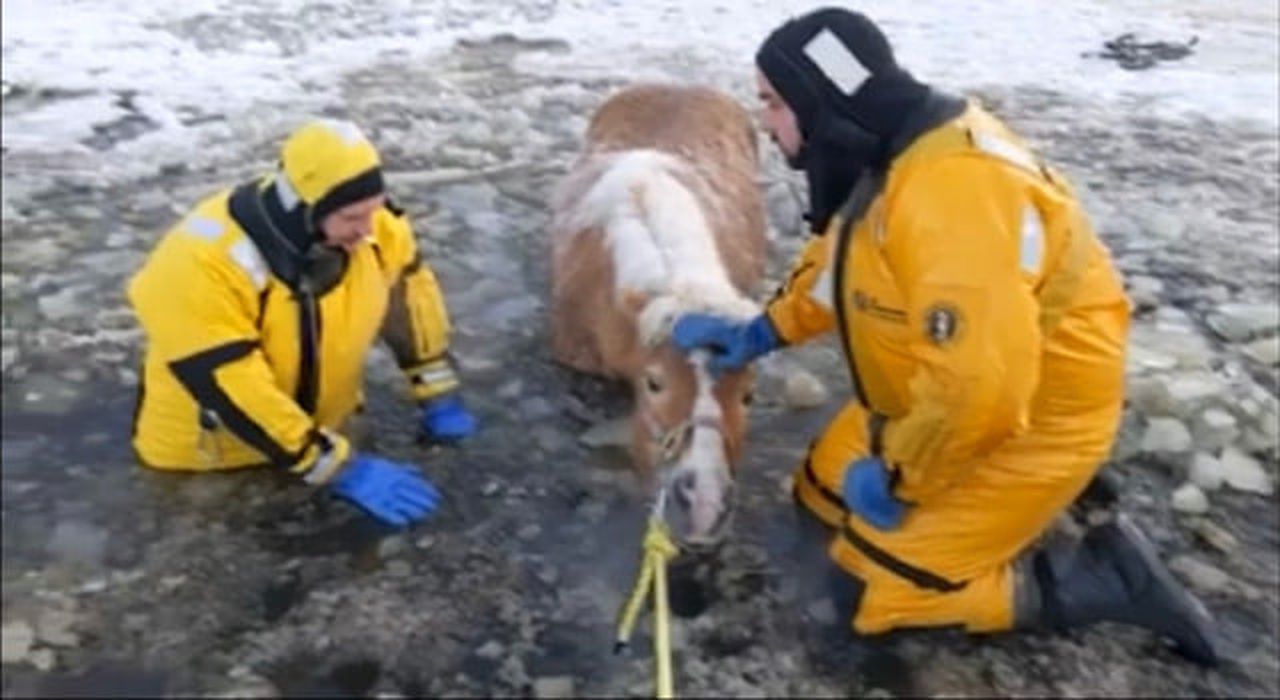 Missy the horse rescued from an icy pond in western Michigan

WAYLAND TOWNSHIP, MI – A horse named Missy was trapped in an icy pond indefinitely before the local sheriff’s office and firefighters released her last week.

On Friday February 26, the Allegan County Sheriff’s Office Animal Control Officer responded to a Wayland Township residence to a report of a horse stuck in the owner’s pond, according to information released by the department via Facebook on Tuesday March 2. The length of time the horse was stuck is unknown.

En route, the deputy called for help from the Wayland Fire Department. It took the fire department less than 30 minutes to free Missy from the ice. They cut the ice and took it out to make a path for Missy to get out of the pond.

Note to readers: if you buy something through one of our affiliate links, we may earn a commission.