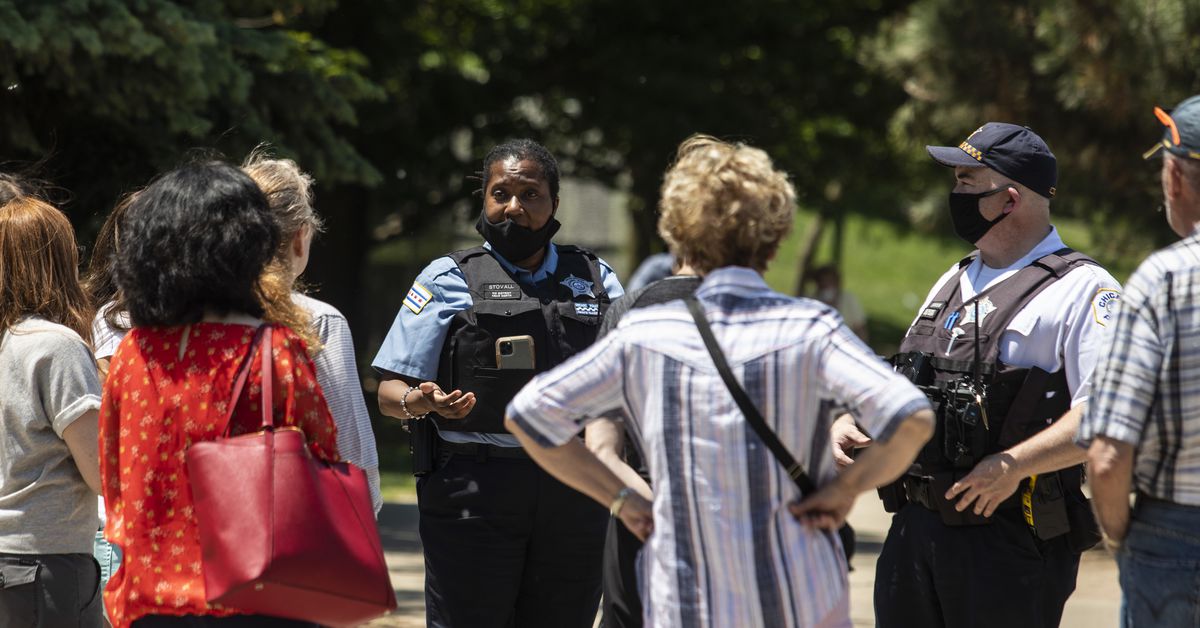 Neighbors gathered in Oz Park on Friday to demand that law enforcement and city officials do more to keep the area safe after a shooting in the area days earlier.

Ald. Michele Smith (43rd) and officers from the 18th District encountered a crowd of frustrated residents after a 17-year-old boy was shot in the arm Tuesday night in the 2000 block of North Burling St. near Lincoln Park High School.

Smith, in an email newsletter, said the victim refused to cooperate and that police “arrested several people, recovered a gun and charged an offender with unlawful use of a gun.”

â€œIt has been a concern for years. It’s not a single incident, â€said Waterfield, who lives in the Old Town.

“That’s why the neighbors are really frustrated, and the cops are frustrated because when they make these arrests, these kids come out in five minutes,” she said.

Community members also said a group of minors drank alcohol and smoked marijuana in the park. As cops show up when called, residents said generally little is done. They also want to see more cops patrolling the area regularly and more cameras.

Smith said she summoned police so they could hear residents directly, and asked neighbors to point out specific places in the park that could “be made safer.”

The Chicago Police Department has pledged to add more foot patrols and surveillance cameras to the area. They also urged witnesses to be more descriptive when calling or filing a suspicious activity complaint.

â€œSometimes what happens is they call and think an anonymous call is enough, when it isn’t. We need them to join a court advocacy program, so that we can track these cases and make sure we get convictions, â€he added.