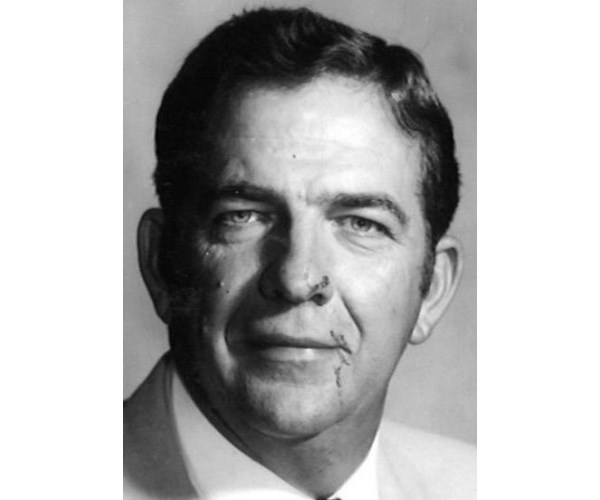 George “Lawrence” Hall, 87, of Elizabethtown passed from this life into the arms of Jesus on Wednesday, March 2, 2022.

Lawrence came to Elizabethtown in the early 1960s as an agricultural services consultant for Kentucky Utilities. He then joined Kentucky Guardrail Co., Inc. and worked with his business partner, Burton Langley, until his retirement in 1978. He was part owner of Kentucky Galvanizing Co., Kentucky Industrial Haulers and was involved in The Bank of Elizabethtown , Hub City Wholesale Electric, Pine Valley Golf Course and other businesses.

He has been a farmer in Hardin County for over 50 years, raising registered Angus cattle. Lawrence and longtime friends Aubrey Young and Dr. Paul Carnes worked a large garden and donated extra food to many people in the community. The abundance of this garden compelled their families and friends to plant snap beans, can tomatoes, make pickles and freeze corn. He has served in the community in a multitude of roles including but not limited to the Jaycees, 4H, Red Cross, Chamber of Commerce, Elizabethtown Lions Club, Kentucky Farm Bureau Board, Nolin RECC Board, the Campbellsville University Board and as 1953-1954 President of the Kentucky FFA.

Lawrence loved the Lord and held many positions at Severns Valley Baptist Church. He was a founding member of Elizabethtown Baptist Church and recently continued his leadership in service to his family at Valley Creek Baptist Church in Elizabethtown. Lawrence was called on a mission, and for many years served on missionary teams throughout Kentucky and the United States, as well as in Russia, Honduras, and Mexico. He was involved in prison ministry and the Bill Glass Crusade with Dr. Les Langley; Baptist Builders and Men on Mission, which he supported with his time, energy and finances. He supported other churches and missions in various ways and his wise counsel included these words to his family: “You can’t surpass God.

As a proud alumnus of the University of Kentucky College of Agriculture, Lawrence enjoyed watching Kentucky Wildcats basketball and football and until his health prevented it, he attended many many matches with friends, Jerome Lawson, Roy Rich and Donnie Gosser. He also enjoyed a regular round match at his house with friends Boyce Hager, Gordon Hash, Carroll Brown, Dan Miller, Don Heath and any family members he could draft for a fourth position, if there was a vacant place at the table. If you knew him at the trick table, you knew him as a determined and worthy opponent. He taught his children and grandchildren the art of competitive tower and expected tower games to be played at many family gatherings. Tour cards accompanied him on annual hunting trips to South Dakota and fishing trips to Canada. Laurent had a life well lived. He loved his family, his community, and his Savior and set an example for others in the way he led his life. Lawrence’s family is grateful for the prayers and support of his many friends and community members during this time of tragic loss.

He was predeceased by his parents, Hewlett and Mary Hall; and his older brother, Kenneth Hall.

He is survived by his devoted wife of 63 years, Sharon M. Hall, who was his constant companion and caregiver. He is also survived by his daughter, Holly Sue Rogers and her husband, Keith L. Rogers of Glendale; his son, Judge M. Brent Hall and his wife, Tammy L. Hall of Elizabethtown; her beloved grandchildren, Linsey (John) Stiles of Cecilia, Emily (Mason) Neltner of Alexandria, Madison Elizabeth “Maddie” Hall and Matthew “Ryan” Hall, both of Elizabethtown; her adored great-grandchildren, Easton Chase Lasley, Abby James Stiles and Levi Lawrence Neltner; her twin brother, Robert L. Hall of Elizabethtown; his sister, Joyce Gilkey of Princeton; his sisters-in-law, Lina Sue Hess of Louisville and Dean Hall of Alton, Illinois; and several nieces and nephews.

The funeral will be held Sunday at 2 p.m. at Valley Creek Baptist Church with Scott Kerr officiating. Interment will follow at Hardin Memorial Park.

In lieu of flowers, the family is asking that their giving legacy be continued at Kentucky FFA, Valley Creek Baptist Church or Campbellsville University.

Condolences can be expressed online at brownfuneral.com.