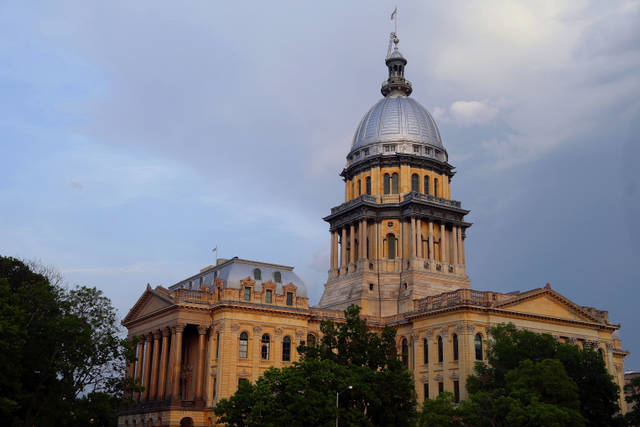 Democratic legislative leaders and Illinois Governor JB Pritzker on Thursday announced an agreement on the state’s fiscal year 2023 budget that aims to pay down $1.2 billion in state debt and includes temporary tax relief in times of high inflation.

Most taxpayers are expected to receive one-time direct payments from the state under the new deal, as well as short-term tax relief on gas, groceries and real estate.

Pritzker promised passage of the $45 billion state spending plan on Friday, which is the scheduled last day of the General Assembly’s shortened spring session.

Here’s what you need to know about this new state budget.

“We engaged in a real exchange, which led to a real compromise,” Pritzker said outside his Capitol office on Thursday. “Honestly, it felt like we all entered into this process by committing to a fiscally responsible spending plan that improves our state’s finances and helps people in a time of genuine need.”

1. What the Democrats said

“Our plan provides more than $1.8 billion in tax relief to Illinois residents, adds $1 billion to our state’s long-depleted Rainy-Day Fund, and doubles our efforts to make unprecedented investments in public safety,” Pritzker said in a statement. “My partners in the General Assembly and I have worked to right the fiscal ship of this state and ensure that state resources are responsibly directed to the fundamental purpose of government: to uplift working families. ”

“I thank Speaker Welch, Senate Speaker Harmon, and their teams for a productive negotiation process that always put the best interests of Illinois first,” Pritzker continued. “Once again, Democrats are demonstrating that ours is the party of fiscal responsibility – and there is nothing more responsible than putting working families first. I look forward to passing our third budget consecutively balanced by the legislature, to enact it, and to bring real relief to working families throughout Illinois.”

Democratic leaders said they were able to provide this tax relief while paying down state debts and balancing the budget with a strong revenue stream into the Treasury. The Chicago Tribune reported that the state is currently in its best financial shape in many years.

However, Republicans say Democrats shut them out of budget negotiations and ignored minority party budget proposals, however, House Speaker Emanuel “Chris” Welch said Republicans participated in budget hearings on Wednesday and Thursday and had voted in favor of the Democrats’ revenue proposal.

“They weren’t left out of the process,” Welch said. “When they choose to participate is entirely up to them.”

Republican lawmakers introduced a $2.2 billion tax relief package earlier this session that would have made Democrats’ proposed gas pump and grocery store cuts permanent, the Tribune reported. that the Democrats are only proposing for a temporary period.

Senate Republican Leader Dan McConchie, R-Hawthorn Woods, issued a statement condemning increased government spending as Democrats believe “they know how to spend their money better.” Senator Chapin Rose, R-Mohammed, said of the Republicans’ proposal that “we can even make the earned income tax credit increase that the governor has proposed on a permanent basis, not gimmicks of election year, not meant to fade away after the election is over, but permanently for Illinoisans.”

It’s part of an estimated $1.83 billion in tax relief for working families, which also includes a permanent expansion of the working income tax credit, aimed at putting $100 million a year “into the pockets of working families who need it most,” the administration said. . The working income tax credit lowers tax bills and often produces refunds for low- to middle-income workers.

The state would also provide direct checks to working families under this proposed budget, including $50 per person and $100 per child, with up to three children in an eligible family and income limits of $200,000. for individuals and $400,000 for joint filers.

Finally, the proposed budget would provide back-to-school tax relief to families and teachers, saving about $50 million, the administration wrote.

Proposed budget aims to save for a rainy day, administration said, with $1.2 billion invested in long-term fiscal stability, building on $4.1 billion in passed debt repayments in Senate Bill 2803.

This $1.2 billion includes $1 billion for the Fiscal Stabilization Fund and an additional $200 million in pension payments, bringing the total pension payment above what is needed to $500 million, aiming save taxpayers more than $1.8 billion, the administration wrote.

The other part of the proposed budget is a proposed investment of more than $200 million to support public safety measures as the General Assembly continues to negotiate a crime bill during the final days of the abridged session. .

This is in addition to the Governor’s proposed budget to support public safety measures, invest in the tools law enforcement needs to prevent and solve crimes, and strengthen investments in crime prevention programs. violence aimed at keeping communities safe.