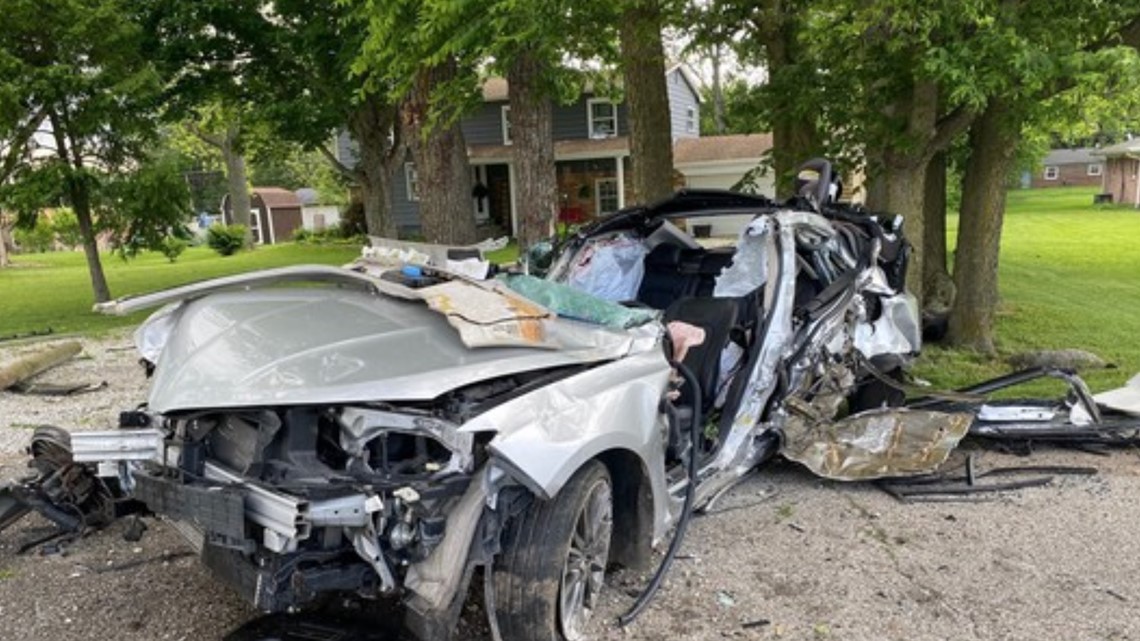 The crash happened near the intersection of East Davis Road and South Morristown Pike in Greenfield.

GREENFIELD, Ind. – A man was seriously injured in a crash in Greenfield after injuring an Anderson police officer in an incident that led to a police chase on Tuesday, Indiana State Police say.

On Tuesday morning, Anderson police officers responded to the Baymont by Wyndham Anderson hotel to investigate a stolen vehicle.

As they approached, officers saw a suspicious man exit the stolen car. Officers made contact with the man, who walked away from them and got into the car, police said.

After several attempts to get the man out of the car, the suspect fled. An officer inside the car at the time fell from the vehicle, Anderson police said.

The officer was lightly injured in the incident, ISP said. The Anderson Police Department said the officer was receiving treatment late Tuesday morning.

The suspect again fled from police by driving south on Morristown Pike. After failing to stop at the intersection of South Morristown Pike and East Davis Road, the suspect lost control of the car, which veered off the road, hit and broke a utility pole and struck several trees.

The male suspect was extracted from the vehicle by the Greenfield Fire Department and transported to an Indianapolis hospital in critical condition.

No other injuries were reported.

Indiana State Police detectives and crash reconstruction specialists responded to the scene to begin an investigation, which is ongoing.

What others are reading: