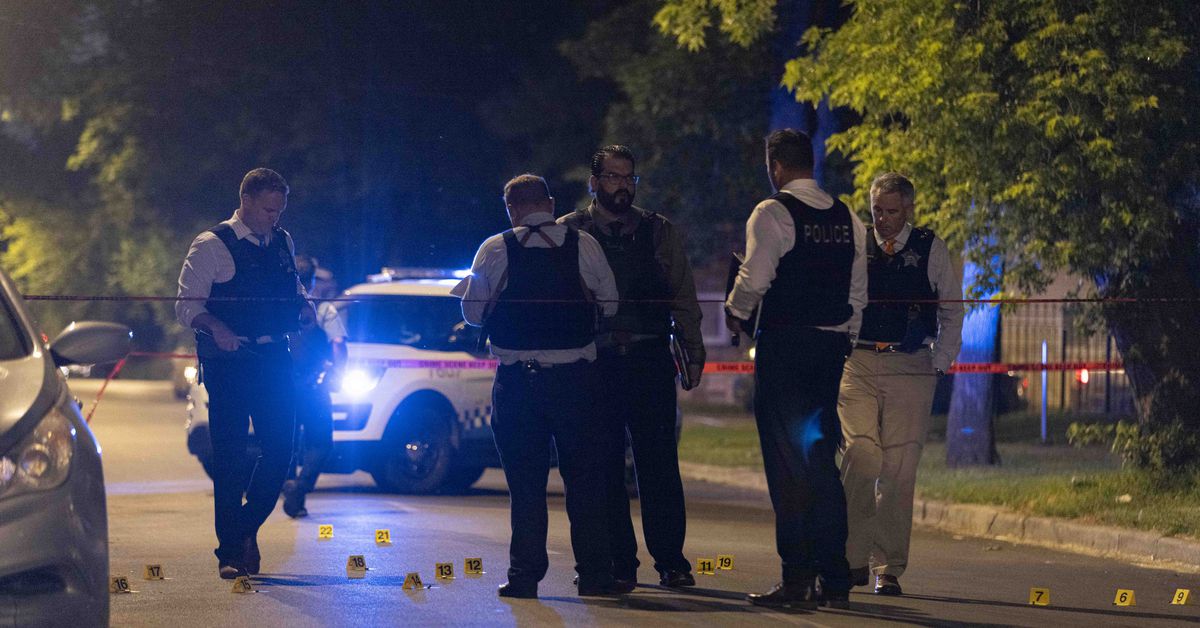 
Fourteen people were shot dead in Chicago on Tuesday, including a 9-year-old grazed on the head at Back of the Yards, three men injured in a drive-by in Englewood and two other men shot dead while driving in a car in Princeton Park.

The only fatal shooting occurred around 1 p.m. in the 3800 block of South Wells Street in Wentworth Gardens, Chicago police said.

A car approached and someone inside opened fire, hitting the 27-year-old in the head. He was taken to the University of Chicago Medical Center, where he was pronounced dead, police said.

– Two men were seriously injured by gunshot wounds while driving in a car in Princeton Park on the South Side. The men, both 25, were attacked around 9:35 p.m. in the 300 block of West 95th Street, police said. The car crashed into a tree in the 9300 block of South Harvard Avenue, where emergency crews responded. A man was punched in the back and taken to the University of Chicago Medical Center. The other man sustained gunshot wounds to the side of his body and both legs and was taken to Christ Medical Center in Oak Lawn. Both men were listed in serious condition.

– A 9-year-old boy was shot and grazed near his home in Back of the Yards on the south side. The shooting took place just before 7 p.m. in the 5400 block of South Morgan Street, police said. The boy was playing in the front yard when his mother found him bleeding and rushed him to Comer Children’s Hospital, according to community activist Andrew Holmes. He suffered a scraped head and was listed in good condition.

– A man was shot dead in Gresham on the South Side. He was near the curb at around 2:53 p.m. in the 7600 block of South Seeley Avenue when someone approached and opened fire, police said. The 25-year-old was punched in the back and taken to Christ Medical Center in Oak Lawn in critical condition.

Six others were injured in gunfire across the city.

Eight people were shot dead in Chicago on Monday.