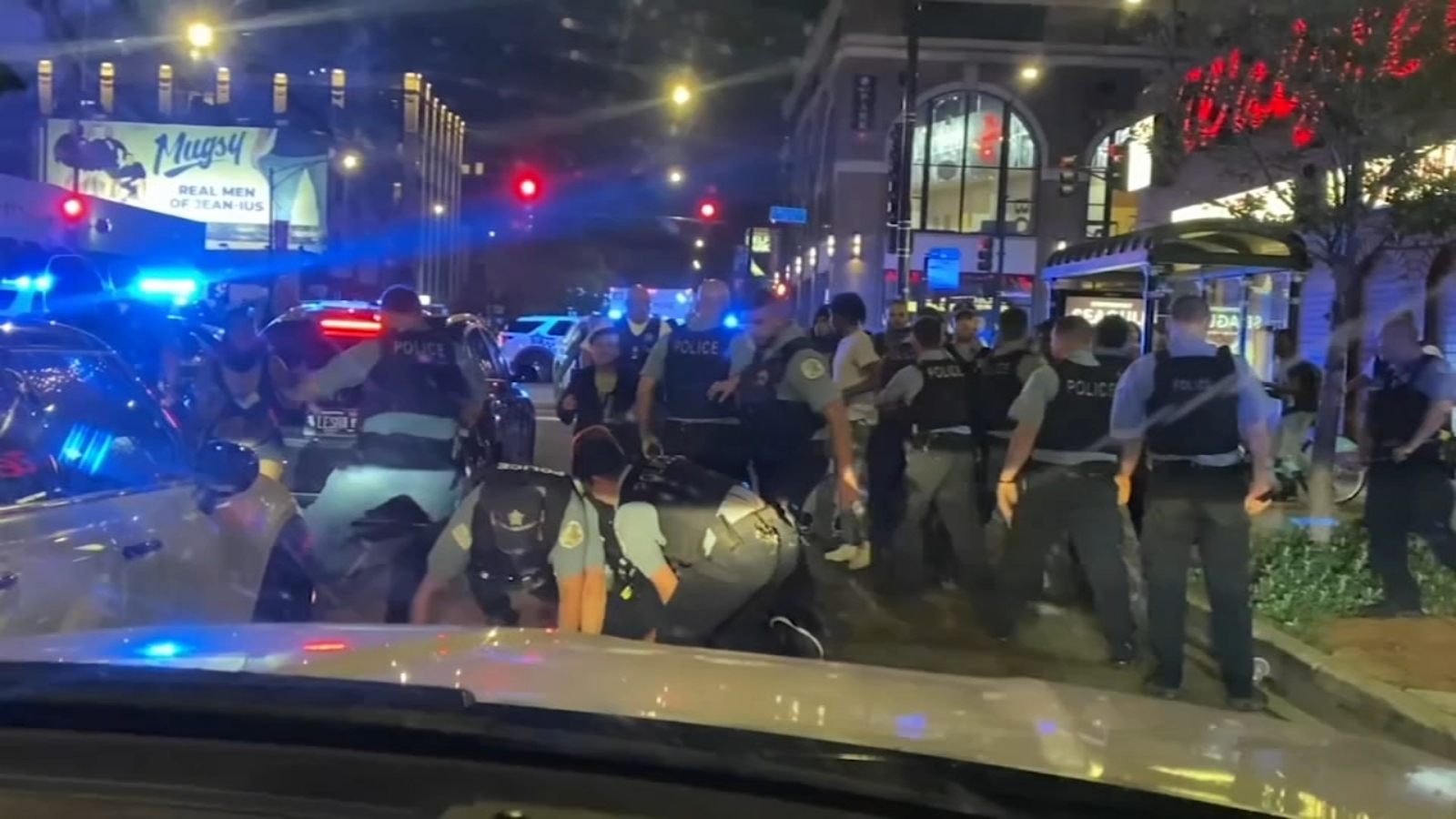 By Walter Hong On Jun 22, 2022
Share
CHICAGO (WLS) — A man was shot dead on North Avenue Beach on Tuesday night, and shortly after, three Chicago police officers were injured as they broke up a fight in nearby Old Town.

At a press conference on Wednesday afternoon, CPD Superintendent David Brown said groups of young people began showing up at the beach around 4 p.m. Tuesday, responding to a “flyer” posted online, encouraging people to come to the beach.

The CPD made 2 gun arrests between 5 p.m. and 6 p.m., finding firearms while checking bags, Brown said.

Just after 9:45 p.m., Chicago police say a 19-year-old man was outside North Avenue Beach when he was shot multiple times by another man.

The victim was taken to Masonic Medical Center in Illinois in critical condition, where he has since been stabilized.

Police said the shooter was taken into custody by officers.

He was taken to Area Three, where detectives are still investigating what exactly happened.

“I find it heartbreaking, and everyone is talking about saying something needs to be done, and nothing gets done,” said Karen Wieser Silverman, who lives nearby. “I’ve lived here in the city since 1991 and never thought of walking by the lake – now all the time.”

Police said they also recovered a weapon from the beach.

“We are losing tourism and innocent human lives for something they need to find the big picture to stop this,” Wieser Silverman said.

Three young women who were at the beach said a few fights broke out before the shooting. They heard someone say, “Someone has a gun, someone has a gun” before hearing at least six shots, according to the women, who asked not to be named.

“We just heard gunshots and ran away,” said one of the women.

The CPD said another suspect remains at large, but charges are pending for the one in custody.

Meanwhile, as crowds scattered the beach on Tuesday night, a fight broke out on North Avenue and Wells Street around 10:50 p.m.

Three police officers were injured there, a 16-year-old girl and two 15-year-old boys were taken into custody.

One officer suffered abrasions and lacerations to his arms and was treated and released at the scene.

A second officer suffered swelling in his right eye and was also treated and released at the scene.

And a third officer, who was struck with an unidentified object in the back of the head, was taken to a local hospital, where he was also treated and released.

“I’m extremely worried. I’m worried about whether we’re supporting the police the way we should,” said Adam Hoeflich, who also lives nearby. “Something has to change, and from my perspective, that means moving more police out of office jobs and putting more civilians into those jobs, so we can focus on violent crime.”

Hoeflich urges the city to hire more police officers and offer incentives to do so.

“Right now we have an overstretched police force wasting time off and vacations and working double duty in a way that just isn’t sustainable,” he said.

Charges for the 16-year-old are now pending in this case.

Sun-Times Media contributed to this report.