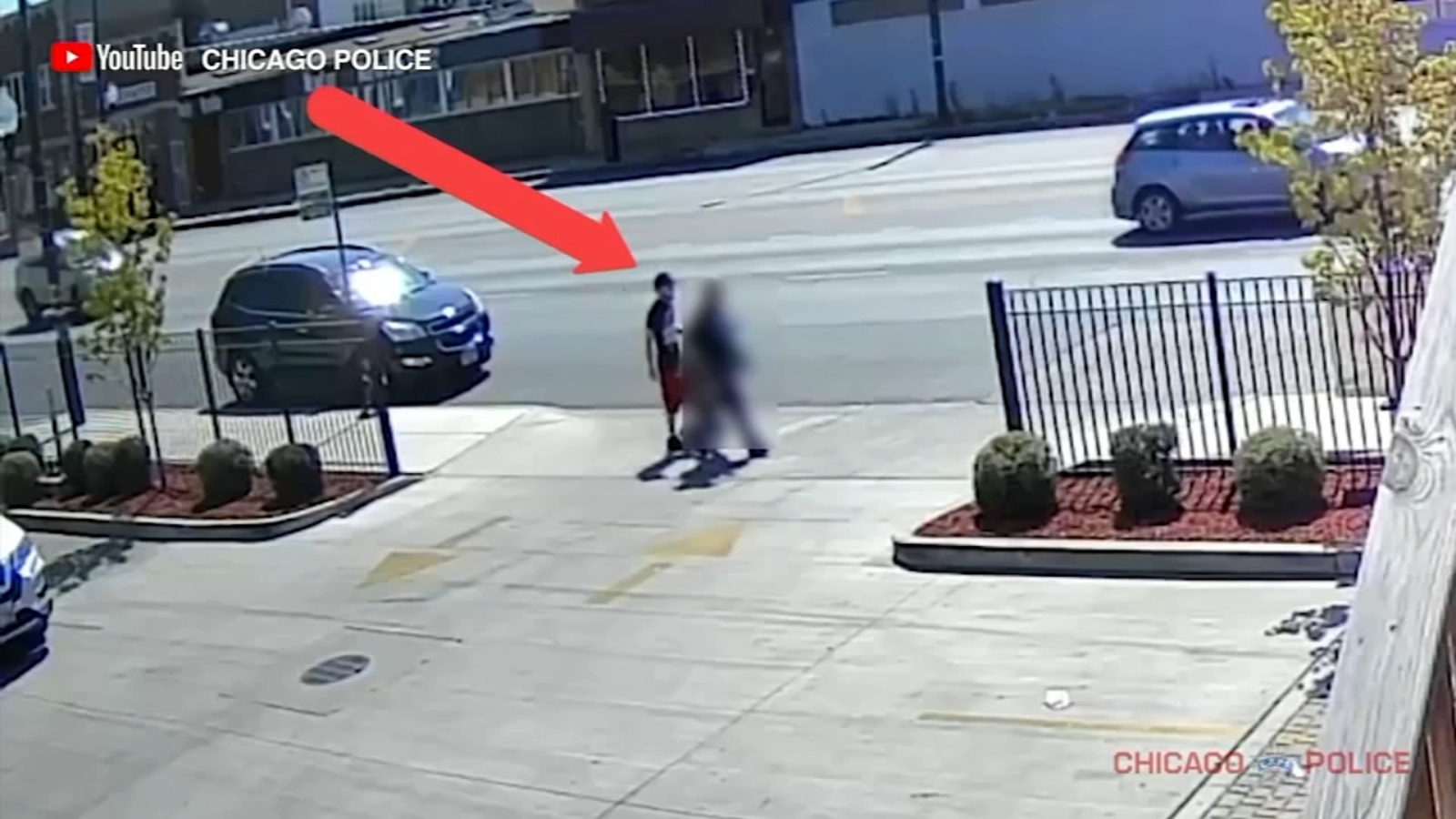 CHICAGO (WLS) — The moment a man attempted to kidnap a 5-year-old girl on the northwest side of town was caught on surveillance video, Chicago police said.

Police have shared a video of a man they say tried to grab a 5-year-old girl who was walking with her mother. It happened in broad daylight Thursday near Fullerton and Laramie.

Just before noon, investigators say a man followed the mother and child into the 5100 block of W. Fullerton before approaching the woman and offering money for the young girl.

When the mother refused, the suspect attempted to grab the girl by the hair and pull her towards him. The family fought back and was able to flee. The police blurred their faces for their protection.

The brazen daylight kidnapping attempt captured by a neighborhood security camera has left some in the community of Belmont Cragin on edge.

“It’s weird that something like this is happening in our neighborhood today,” said neighborhood resident Mirin Gelis.

The Chicago Police Department has issued a community alert warning of danger as they search for the suspect.

The public is also asked not to let their children walk alone. And because there are several schools near the scene of the incident, the district alderman asks the police for additional patrols.

“I was having a conversation with the commander and he put Fullerton Avenue on high alert morning and afternoon, especially when the kids are going to school and leaving school,” 31st Ward said. Ald. Felix Cardona Jr.

Police describe the suspect as between 20 and 25 years old, between 5ft 5in and 5ft 7in tall, with a thin beard, bright red hair and wearing a black hat, black t-shirt and red shorts .

For some Afghans, seeking asylum is complicated