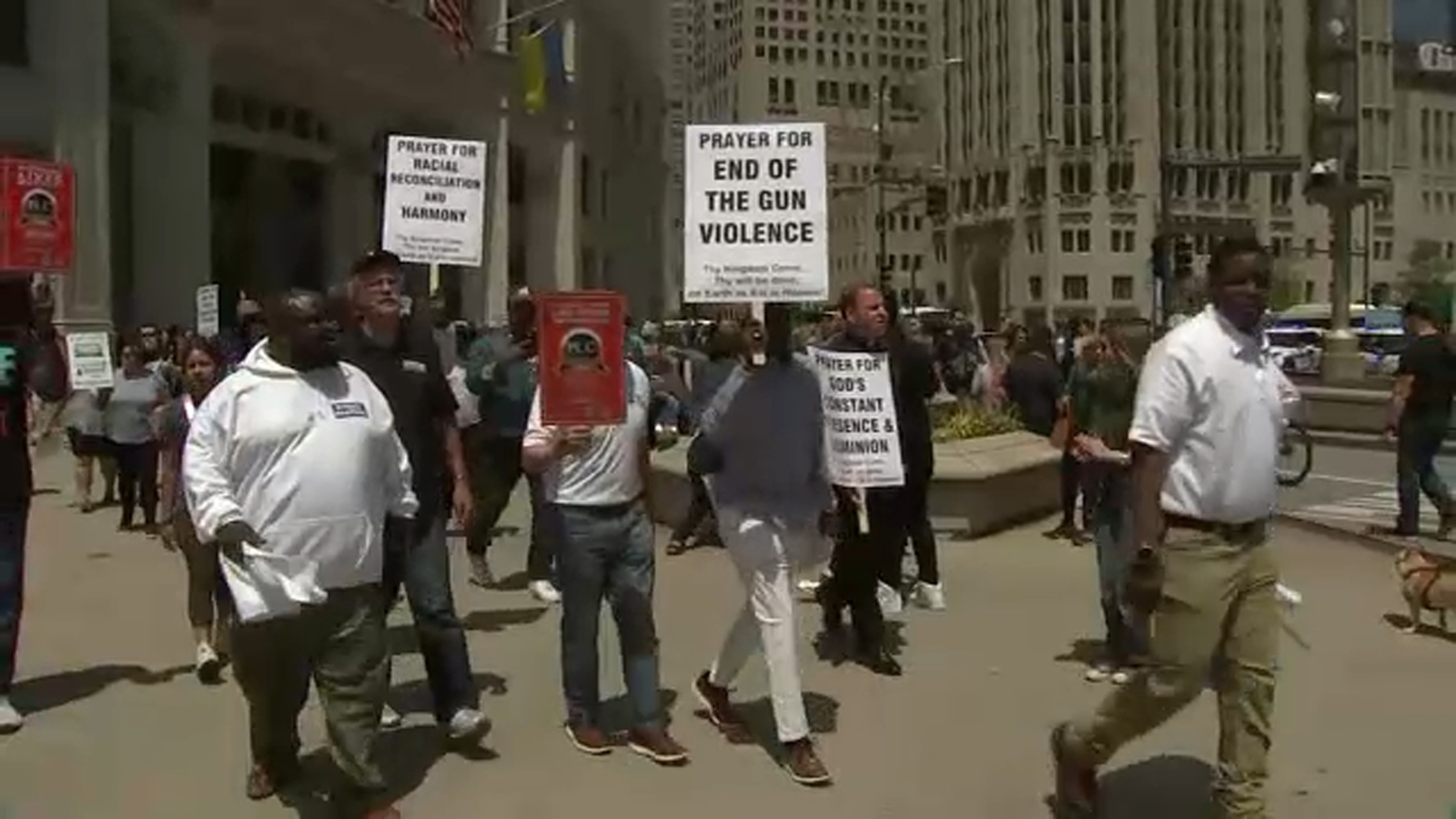 By Walter Hong On May 29, 2022
Share
CHICAGO (WLS) — That fatal shooting at the “Bean” two weeks ago prompted a 10 p.m. curfew for under-18s that will be in effect over the holiday weekend.

Hundreds of people joined a peace march on Saturday from the Magnificent Mile to Millennium Park, where Seandell Holliday was shot dead.

This is another call to end gun violence in the city and across the country.

“We need to show our whole city that we can be united,” said Pastor Kent Steiner of Chicago West Bible Church.

The group hopes to pave the way, hopefully for a solution, to the gun violence seen in Chicago, Buffalo, and most recently the tragedy that unfolded in Uvalde, Texas.

“We really think we need to come together at a time like this — pastors, people involved all over the city,” Steiner said.

A coalition of faith leaders called “Hands Across Chicago” walked side-by-side with elected officials for the peace march.

“We declare that there will be peaceful events throughout the summer,” said Pastor Michael Eaddy of the People’s Harvest Church.

Chicago police unveiled a security plan ahead of Memorial Day weekend. It includes more officers downtown, on CTA trains and in neighborhoods, as well as a citywide curfew for minors starting at 10 p.m.

The new policies aim to positively impact the city and end the holiday weekend without a life being taken too soon.

“Gun violence is not going to go away overnight. At least we will see that there are people in the community who are willing to come here and stand up and fight in prayer for the changes we we need,” Collins said. .

The Time Has Come: Helping a Grandmother as She Battles Cancer | Columnists