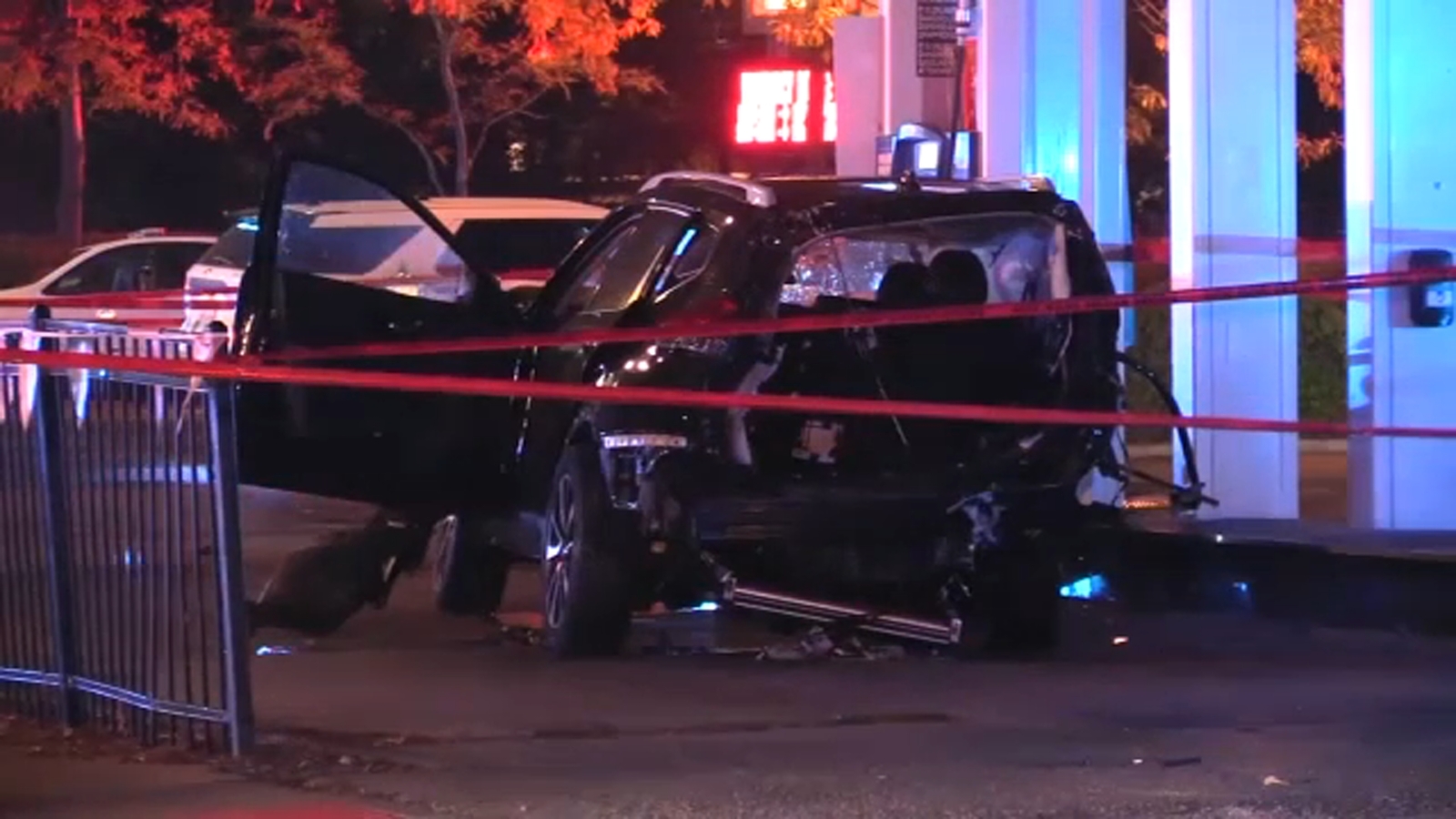 By Walter Hong Last updated Oct 4, 2021
0
Share
CHICAGO (WLS) – A woman has been killed in a hit and run after a nearby shooting was reported on Sunday morning in Horner Park, in the northwest of the country.

Surveillance video shows the moment a Nissan Rogue carrying two people crashed into this North Central gas station just after 3 a.m. A 37-year-old female passenger was thrown from the car and killed, despite first responders’ best attempts to revive her.

The SUV she was in was struck by a gray Toyota Camry, which moments earlier was accelerating westbound on Irving Park Road from Damen Avenue as shots were fired, police said.

A K9 unit that spotted the scene as it unfolded gave chase, witnessing the fatal collision.

“He heard gunshots. He sees a muzzle flash coming from a Toyota sedan. The officer turns on his lights. Calls him into the area,” Migdalia Bulnes, deputy head of the Bureau of Detectives, said during of a press conference later Sunday morning. . “After hitting the vehicle Nissan turned around and landed near the gas station near the alley.”

However, Bulnes said the origin of the shooting was not immediately clear.

The woman was taken to the Illinois Masonic Medical Center, where she died, police said. She has not yet been identified.

The driver of the Rogue, a 27-year-old man, was also taken to Illinois Masonic for observation but suffered no serious injuries, police said.

An unknown number of occupants fled the Toyota on foot, police said.

Investigators said those inside the Camry fled and a weapon was recovered inside the vehicle. While early reports claimed the offenders inside the Camry were engaging in a second vehicle shootout, police now say they don’t know exactly who or what they were shooting at.

“We’re still watching the video and trying to put it all together, if there was indeed another car or an individual that was also there and was going back and forth,” Bulnes said.

No one was in custody, police said.