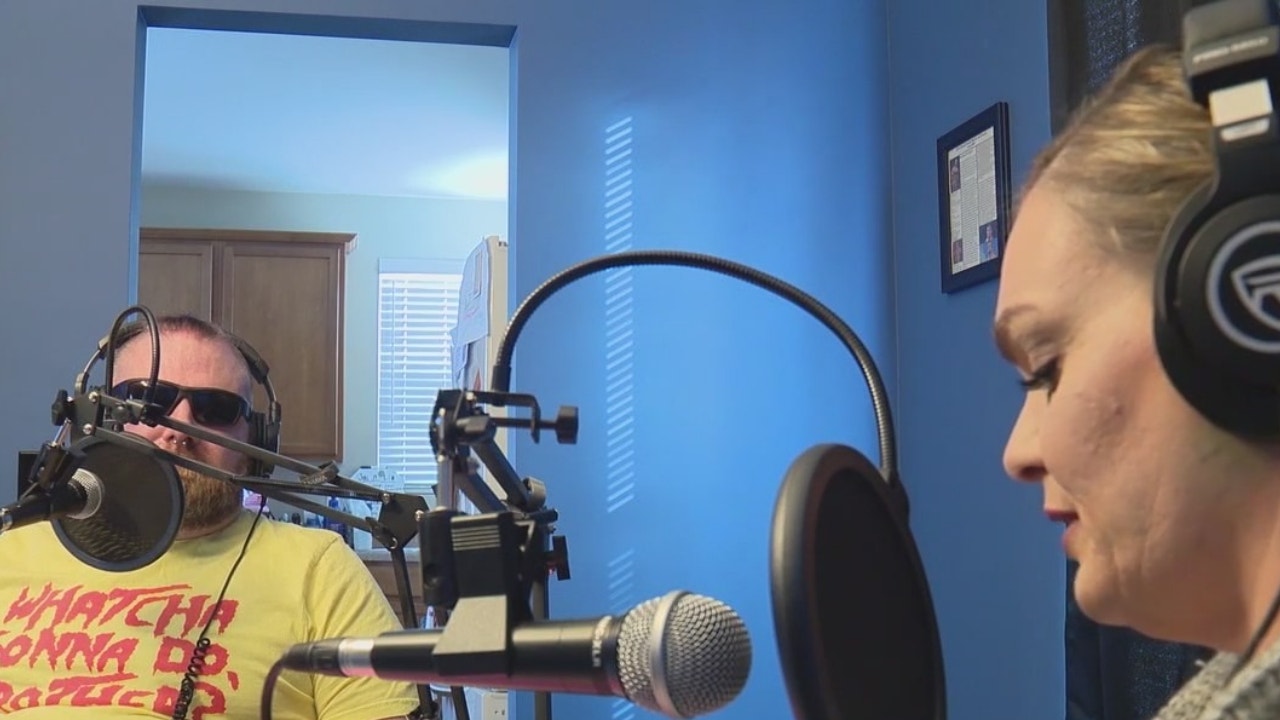 A Chicago-area couple — he a retired suburban police detective and she a paramedic — host a podcast that delves into well-known crimes and cold cases.

CHICAGO – You’ve heard of Starsky and Hutch, Bones and Booth, and Beckett and Castle. But have you heard of Kashirsky and Kashirsky?

In a FOX 32 Special Report, we bring you a pair of streaming super sleuths from the western suburbs.

Scott Peterson to Drew Peterson – these are just a few of the cases that Mark Kashirsky and his wife Jamie revisited with their podcast listeners, giving them perspective few see.

Mark is a retired South Suburban Police detective and Jamie is a paramedic.

Ten months ago, they decided to combine their unique careers and launch a podcast that takes their listeners to the heart of investigations into not only well-known cold cases, but also some that have been solved.

“That’s my goal. I want to find things that people haven’t heard before,” Jamie said.

When she’s not at her regular job or taking care of their two children, Jamie spends what little free time she has researching the next case to feature on her podcast.

In the roughly 45 weeks they aired, they produced 40 episodes. Many of them are at the request of listeners.

“The first two we did, we did local. Because we knew them. We had a connection with them,” Jamie said.

Those two cases were Drew Peterson and Jaclyn Dowaliby.

In 1988, a 7-year-old girl was abducted from her Midlothian home in the middle of the night. His body was found a few days later at Blue Island.

After reading dozens of documents in the Peterson case, Jamie says she learned this about Stacy Peterson’s disappearance.

And with the Dowaliby case, it was a chance to tell people about an investigation they might not know about from a very unique perspective.

“My dad was the case officer. So when we did this podcast, we got a lot of inside information from my dad,” Mark said.

In the meantime, their podcast helps the community in other ways.

“I just got another subject not too long ago who thinks his nephew was murdered and is asking for help on the case,” Mark said.

Prior to this, a woman from Alabama contacted them about her sister’s death.

“I helped her with medical records and stuff and he helped her with FOIA, who to talk to, what to say and how to get information from the district attorney,” Jamie said.

Even though the podcast is called “Death Do Us Part”, it seems to have a rejuvenating aspect to it.

“I liked the idea,” Mark said. “Plus, it made me feel like I was still getting the job done.”

Mark retired not too long ago from the Riverdale Police Department due to complications from back surgery. So now it’s this podcast and listeners across the country that are keeping it on its toes.

Mark and Jamie’s “Death Do Us Part” podcast is available on most streaming platforms.

You can also find them on Facebook if there’s a case you want them to cover.

Gas theft is the hot new crime spreading across Illinois