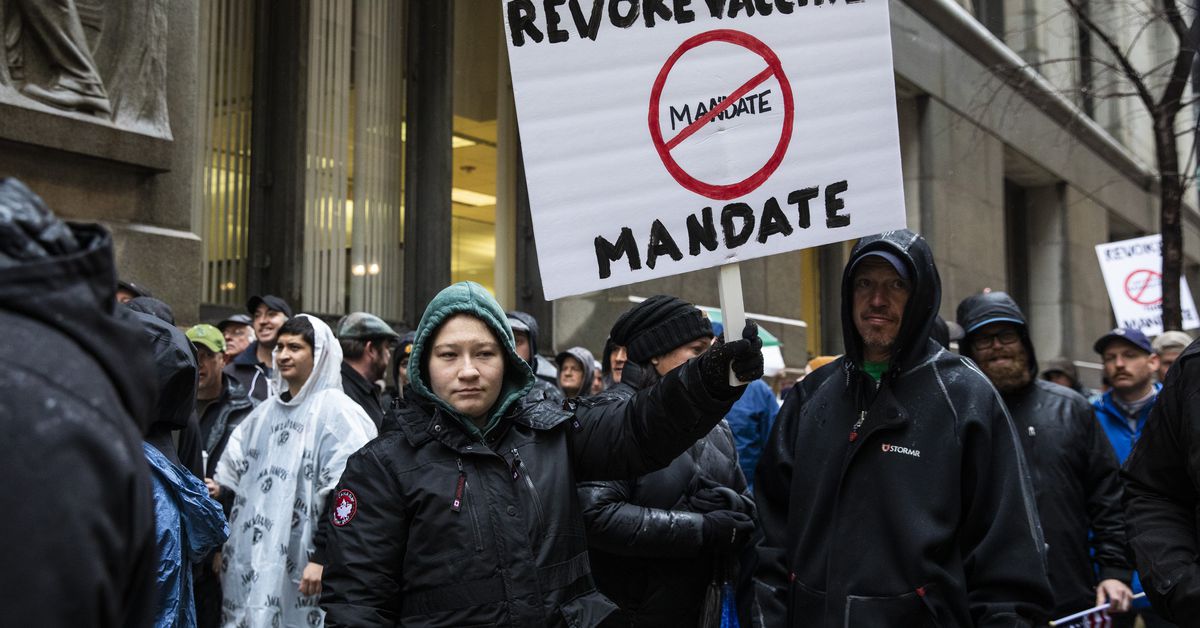 Anti-vaxxers are even more upbeat than anti-taxers

Just a few months ago, more than 50,000 electronic witness records were filed in opposition to a proposed legislative amendment to state law on the right to conscience in health care.

Whether you think all of these filings were legitimate or not, it’s still a massive uproar over a bill that has stopped employees from trying to use state law to sue employers for having required regular COVID-19 vaccines or tests as a condition of employment.

So the recent overreacting negative reaction to Representative Jonathan Carroll’s (D-Northbrook) bill to cut COVID-19-related health insurance benefits for the unvaccinated shouldn’t have come as a major surprise.

â€œAn Illinois Democrat who claims the unvaccinated ‘clog the health care system’ has proposed a bill that would require them to pay all of their medical expenses out of pocket if they were hospitalized with the coronavirus,â€ yelled the Fox News channel. And it all broke loose.

Carroll says he has been threatened with violence, as have his family, staff and even his synagogue. Her home address was posted on Twitter, as were photos of her children.

This monstrous behavior is more than disgusting, but it is nothing new. Ask Republican lawmakers who voted to raise the state’s income tax in 2017 how they were pummeled on Facebook, in part because of an anti-tax group allied with the government of the day. Bruce Rauner has armed his own followers on his Facebook page against them.

Despite the often insane levels of harassment, most of those Republicans stuck to their principles and voted to override Rauner’s veto on the tax hike. The state’s future was in jeopardy because one man insisted he would not approve the restoration of desperately needed revenues without first slashing union power here, and these Republicans were not going to being intimidated by him or an angry crowd in caving.

And, of course, the same sort of thing happened to many Democrats this fall before they voted to narrow the scope of the healthcare conscience law to its original intent. They were inundated with calls and bombarded on social media.

Turns out anti-vaxxers are even more pissed off than anti-taxers, although I bet those are a lot of the same people who are perpetually angry with just about everything.

Rep. Carroll visited last week and tabled a motion to table his controversial bill, delivering a rare victory in Illinois for people who insist beyond reason that vaccines contain fleas electronic, or whatever their ridiculous conspiracy theory at the moment.

Members of a Facebook page that I monitor regularly that promotes anti-vaccine theories and tactics celebrated the news of Carroll’s retirement. One member happily wrote, â€œViolence is the only thing tyrants fear and is the only thing that will stop them. “

So not only did Representative Carroll predictably stir up the populace, but he rewarded threats of violence with victory.

And this was a bill that was not legal in the first place. Federal law prohibits what Carroll was trying to do, a troublesome fact that has been ignored or downplayed by most of the media that covered the legislation.

Most of the coverage was breathless and ignorant, fueling the hype on the far right. Only one reporter, Hannah Meisel of public radio station WUIS, got it right: â€œUnvaccinated COVID patients cannot be denied insurance coverage for hospitalizations as one Dem lawmaker wishes, but employers, including Illinois, have other options, â€she wrote in the headline online.

Not only was Carroll’s bill not legal, it also went directly against the doctrine of the Democratic Party, which promotes health coverage for all. Carroll’s essentially advocating destroying the finances of entire families because of the stupidity of a single family member was bizarre.

But, really, all this bill was designed to do was grab attention and get a lot of â€œclicksâ€ and cheers for its allies and enemies to boo. It was a useless game. Carroll’s bill was going nowhere, and he knew it.

And Carroll’s behavior is an insult to people who courageously stood up to angry enemies for just causes. They couldn’t back down because so much was at stake. Carroll, on the other hand, walked off with a shrug, claiming despite all the evidence that he had no intention of dividing. . Carroll taught these angry people the wrong lesson.

I feel horrible for Representative Carroll’s family, his staff and his rabbi for being subjected to this disgusting and unnecessary drama. I hope he apologizes to them. And then maybe he should apologize to everyone else for giving the most angry of us a victory.