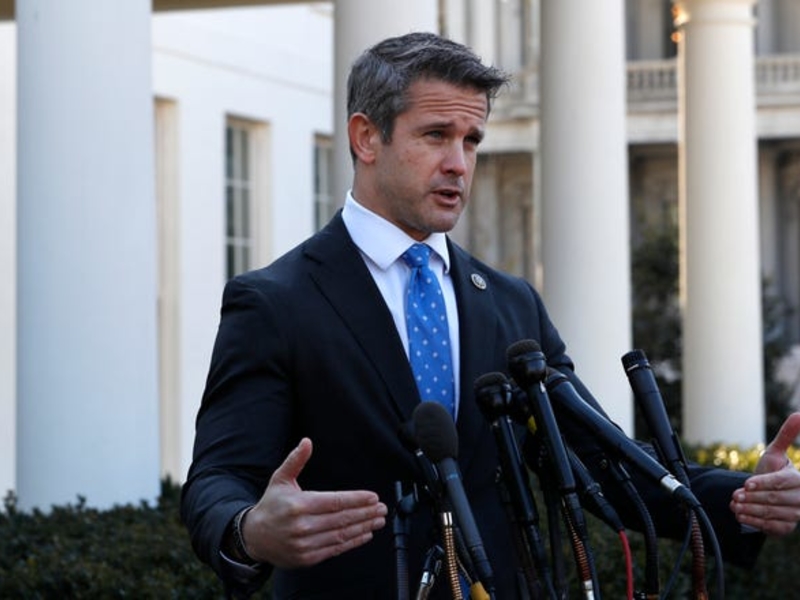 Adam Kinzinger on Trump and the January 6 Investigation: DC Memo by Ted Cox

With Donald Trump facing a Friday deadline to appeal a court ruling calling for the release of White House documents to the US House Select Committee on January 6, it’s worth revisiting what Rep. Adam kinzinger de Channahon spoke about the insurgency investigation earlier this week.

Kinzinger, one of the two Republicans on the committee, with Representative Liz Cheney of Wyoming, said ABC’s Sunday news show “This Week” that he expected a “fast-track decision” on Trump’s claim for executive privilege, but it is “possible” that the case could go to the United States Supreme Court.

Either way, he said, â€œI think we’ll see this documentation. These are the documents of the American people, not those of Donald Trump.

Kinzinger persisted in saying that “almost more important” than the actual Jan.6 attack on Capitol Hill is the investigation into the planning that led to it in the days and weeks before. â€œAs bad as January 6 is,â€ he said, â€œthere’s really nothing in place to prevent another from happening again.â€

He was more expansive in talk with Jake Tapper on CNN, saying, â€œWhat led to January 6? What is the rot in democracy that allowed the Sixth to happen? And have we corrected this since? Because what really matters to me is that I want to hold the culprits accountable. But I want to make sure that never happens again. Otherwise, the Sixth will be, yes, a failed try, but sometimes a failed try is the best practice for the successful one – a coup that successfully overthrows our government.

Kinzinger grabbed the headlines by saying that not only Trump, but other congressional Republicans as well are in the committee’s sights on planning before Jan.6, when of course rioters attempting to derail official confirmation of last year’s presidential election stormed the Capitol. ABC and CNN have drawn attention to the fact that Cheney cited a law against anyone who attempts to “seek in a corrupt manner” to stop this action by Congress. “I don’t want to go yet,” he said, noting that Trump and the Republicans in Congress had formally broken the law, but he pointedly added, “We want to know, however,” and he blamed the US Department of Justice should have already joined the select committee to “study this possibility”.

Kinzinger said he expected much of the documentation, such as White House visitor logs, to be sufficient to make this final decision. Trump could be subpoenaed to testify, â€œif we need it, yes,â€ but if not, the committee intended to avoid a â€œcircus environmentâ€ by finding sufficient evidence somehow elsewhere.

ICYMI: AD Quig de Crain had an in-depth conversation with Kinzinger about Trump, the future of the GOP, as well as his own political fortunes a few weeks ago on his AD Q&A podcast. News was hired along the way. Catch up by clicking on the image below:

Ethanol is back | Successful agriculture