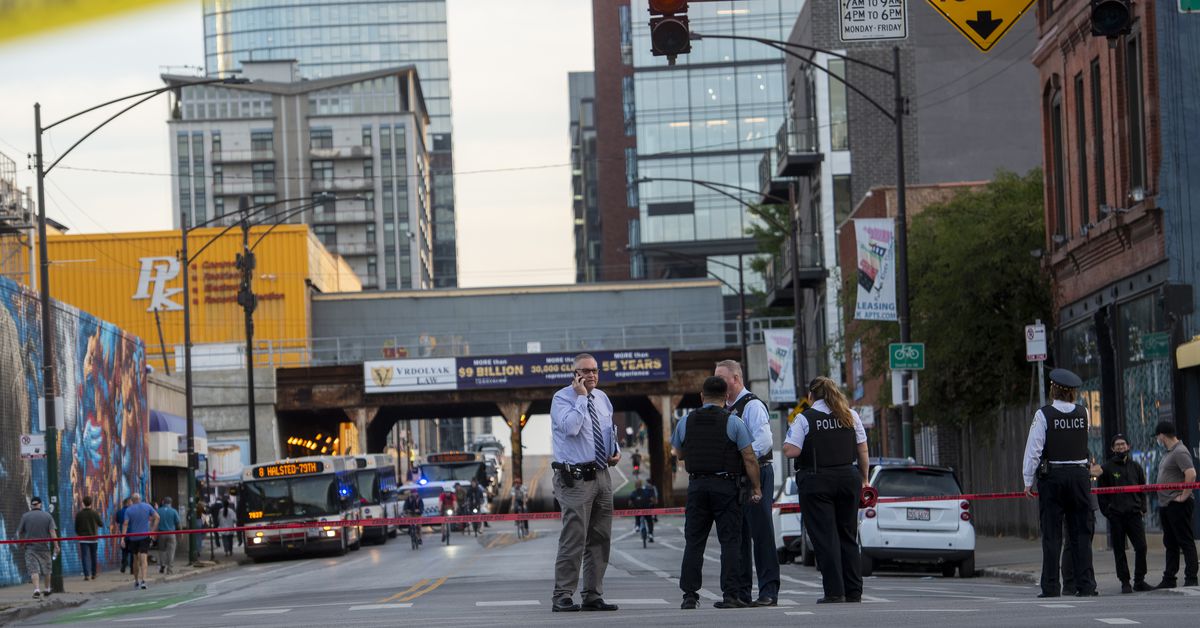 Fifteen people, including three teenagers, were injured in shootings in Chicago on Wednesday.

Two men were shot dead after arguing with two other people on Wednesday morning in Pilsen on the South Side.

As of Wednesday afternoon, at least four passers-by were injured, including one seriously, in a shooting in West Town. A fifth person, who police believe is a possible suspect, was also shot dead.

Two vehicles were driving the 800 block of North Milwaukee Avenue at around 4:45 p.m. when an occupant of one vehicle began shooting at the other, police said.

A 29-year-old man was shot in the back and taken to Northwestern Memorial Hospital in critical condition, police said. A 30-year-old woman and two 25 and 48-year-old men were taken to the same hospital in good condition.

Another man, 27, was shot in the arm and taken to Stroger hospital in good condition, police said.

One of the victims is a “possible suspect,” according to patrol leader Brian McDermott.

Three young teenagers were injured, one seriously, in a shootout Wednesday night in Morgan Park on the Far South Side.

The teens were standing on the sidewalk in the 11100 block of South Bishop Street when someone approached and opened fire just after 7 p.m., police said.

Both were taken to hospital in good condition, police said.

The shooting occurred on the street of Shoop Academy at 11140 S. Bishop St. At the scene, dozens of evidence markers covered the sidewalk near the mouth of an alleyway.

At least five other people were injured in gun violence throughout the city.